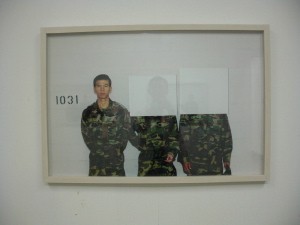 A group exhibition held every year since 2006 in Seoul’s foremost art district, Samcheong-dong. This year the exhibits have been restricted more or less to a single venue, the strength of which is one of the reasons behind the event’s success.

The main venue is Kimusa (DSC). Designed in 1928 by Park Gilryong, dubbed the father of Korean modern architecture, the building was once used as a military hospital by the Imperial Japanese Army. Following Korea’s liberation it was requisitioned by the South Korean Army and until November last year it housed the Defense Security Command. However, in 2012 it will be transformed into the Seoul annex of the National Museum of Contemporary Art. Platform 2009 is seen as a pre-event for the opening of the annex, with local Korean artists making up some 60% of the roughly 100 participating artists.

Most of the artists showing new work have tackled the exhibition theme of ‘Void of Memory’ head on. Kang Jaegu’s Prologue #3 Portrait Shot is a series of photographs of a National Guardsman whose face is covered with a white piece of paper. Jinnie Seo’s Keep looking beyond is an installation made using wire netting that conjures up images of a prison. Miyanaga Aiko’s The Door without a Knob consists of 30 wooden doors previously used at Kimusa along with naphthalene objects inside postal package boxes.

Some of the previously exhibited works are equally powerful, including Park Chan Kyong’s Flying (2005), which uses edited footage of the first ever direct flight between North and South Korea in 2000, and Yoneda Tomoko’s The Parallel Lives of Others (2008), a series of photographs based on the Sorge affair. The scariest work is probably Christian Marclay’s The Watch (2008), which is set in one of the underground rooms at Kimusa which is surrounded by 40-cm-thick walls and is rumored to have been used as a torture chamber. The room is filled with a smell as if something has gone bad along with an irritating ticking sound. The viewer enters the darkened room and approaches a chair lit by the dim light of a miniature lamp upon which is enshrined a small wristwatch whose owner is nowhere to be seen…

All the more because the venue compares with Berlin’s Topography of Terror, which was once the site of the headquarters of the Gestapo and the SS, it is more than worthy of such dark works. Having said that, it was a relief to came across works that treated the heavy theme with a dash of humor and entertainment, such as Yangachi’s Surveillance Radio: DSC Story (a new work), which relates memories of Kimusa by local residents, and AVPD’s Stalker (2008), which uses mirrors to create an impression of an endless maze-like space. Coming as it does on the back of last year’s well-received exhibition at Seoul Station, Platform 2009 could probably be described as a feat of strength on the part of curator Kim Sunjung (and co-curator Kataoka Mami). 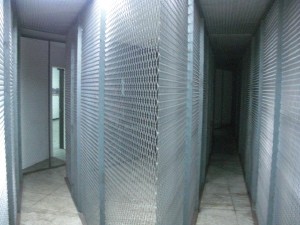