by Hosaka Kenjiro (The National Museum of Modern Art, Tokyo) 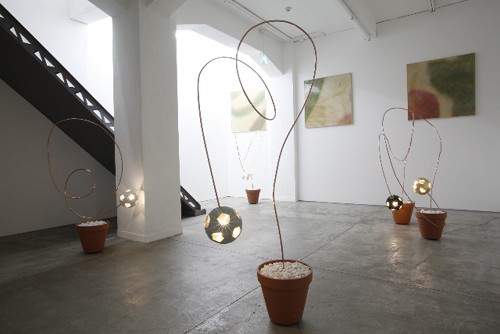 This summer, six metropolitan art galleries each organized architecture exhibitions under the common title Architect Tokyo. The Tomio Koyama Gallery, for example, showcased the work of Kikutake Kiyonori, Ito Toyo, Sejima Kazuyo, and Nishizawa Ryue, four architects linked by teacher-pupil relationships. The items displayed included drawings, models of various kinds, video, and photographs, some of which were for sale and some of which were not.

But something bothered me. Perhaps because they were held at the same time in different places, the same kind of festiveness was conspicuous at practically all the events. Amidst this almost advertising agency-like jollity, something important seemed to have been forgotten.

There was an ‘exception’. Aoki Jun’s Midsummer Plants. The venue, TARO NASU, is itself an example of Aoki’s work (he was responsible for the interior design), but on this occasion he extinguished the plain (or rather, the designed to look plain) lighting that is a feature of his existing work and instead created a series of ridiculously nonsensical objects that functioned as lights and presented these as his ‘artwork’. By subtracting and adding he managed to change the very nature of his work.

What mustn’t be overlooked is the fact that in this case the format of an ‘exhibition’ inside a ‘gallery’ can also be read as an ‘artwork’ inside an ‘artwork’. In the same way that William Shakespeare exposed the meaninglessness of differentiating between fact and fiction through the clever use of the structure of a play within a play in A Midsummer Night’s Dream, here, too, Aoki seems to be trying to expose something. Which is why he chose not to exhibit things that arise spontaneously out of the architectural design process. To have done so would have raised the possibility of changing completely in quality the activity of architectural design, but above all it wouldn’t have been critical of the context. It wouldn’t have been ‘architectural’.

I suspect that what he sought to expose was the sorcery of art galleries. It was Weber who suggested that freedom from sorcery (magic) provided an opportunity for capitalism, but the interesting thing about art (and the art gallery) is that while it is capitalist through and through, far from negating magical thought, it takes such thought as its existence principle. It was in such a place that Aoki gave botanical form to a series of nonsensical objects. Or, in another work, gave them his family’s names. Plants grow and provide sustenance to humans, while families are the prototype for communal society. Latent within both is the ‘gift’ concept that has the potential to mitigate the recklessness of capitalism. It is this that makes me think that within Aoki lies the seeds of an interest in a new theory of capital. 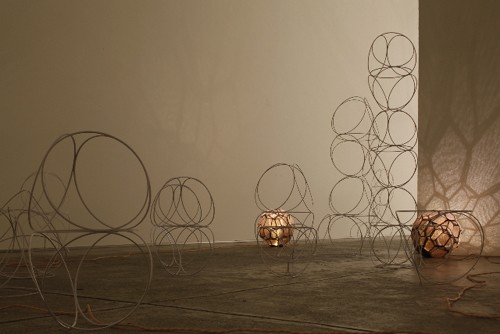