“Yasumasa Morimura :” Art opening of the top of the requiem – battlefield to someone!

On Saturday, October 23 at last “Yasumasa Morimura :” Art of the top of the requiem – battlefield to someone opened. On the first day, I performed artist talking by Morimura and showed a way of prosperity that I checkmated it, and the gallery more than 200 put.

In this way, I develop various programs to enjoy an exhibition more concerned in this museum. Not to mention the gallery talking that a curator is in charge of, I prepare for a hint I read a lecture and one exhibition including the talk from various angles, and to untie. This time, meanwhile, Hiroshima gene biならでは (?) I introduce some の plan that turned. 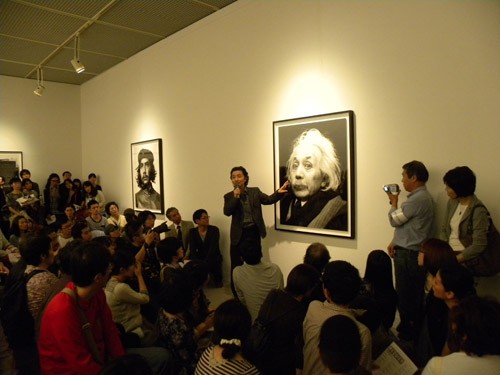 Bus tour as the spread program

It “is a bus tour” how to introduce this time. An art museum is a bus tour! ? I heard the appreciation tour that the meeting of the friend planned well, but have not almost heard what I was hosted by an art museum and performed as an associated program of the exhibitions. Besides, a writer gets in a sightseeing bus and is a bold plan to say to go round various places while performing a tour guide.

The event that performed a temporary exhibition as a program of “HEAVEN Kyoichi Tsuzuki and Japan which I watched from a rotating fly” concerned does this by an opening. It was a plan I visited a funny spot of Hiroshima, Yamaguchi and an outsider artist in 2 days and 1 night, and to walk. The funny spot that add it at a valuable opportunity to share the food and sleep with a writer, and comes up in a work by the writer person himself was belonging to a guide, and it was with the appreciation tour that was the greatest, and was luxurious that looked around.
※You can see the report of “the trip of Hiroshima, the Yamaguchi heaven to rotate with Kyoichi Tsuzuki” in the following.
Kyoichi Tsuzuki formula blog http://roadsidediaries.blogspot.com/2010/06/heaven_23.html 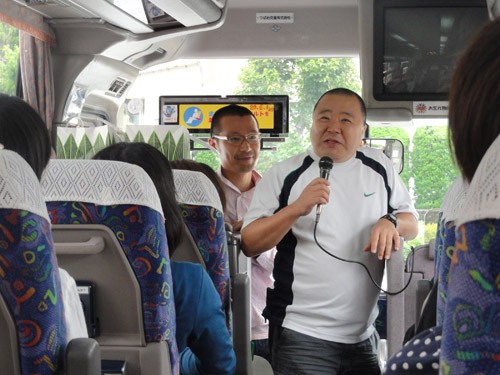 And at this time “Yasumasa Morimura :” As a program of the art of the top of the requiem – battlefield to someone concerned, I hold “Yasumasa Morimura and a work appreciation tour to go”. I look around the Morimura works to be dotted with by a tour guide of a writer in Hiroshima-shi.

●Sunday, November 14, 2010 from 10:00 to 17:30 (plan)
・It is with a guide by Yasumasa Morimura!
・”Art 展鑑賞 of the top of the requiem – battlefield to someone”
・I appreciate one of the world’s largest Morimura works (jeans factory Ujina shop)
・I appreciate 3 extra-large Morimura Mona Lisa changes (jeans factory Numata store)
・French lunch & ocean view in SEIHO OMBRAGE
・Exhibition poster present (there is an autograph session by Morimura!)