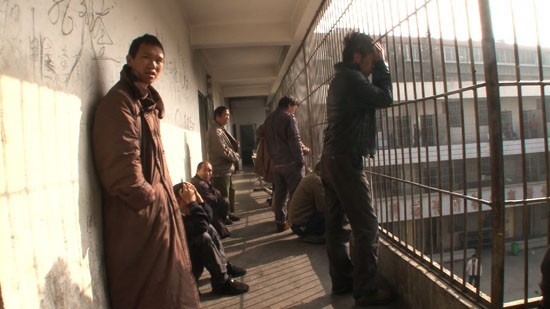 Born in 1967, Wang Bing has risen to acclaim as one of China’s and the world’s most extraordinary documentary filmmakers. Beginning with his feature debut Tie Xi Qu: West of the Tracks (2003), which took some four years to complete and runs for 556 minutes, Wang has developed an approach to filmmaking that viscerally communicates the reality of his subjects’ lives and environments. Wang recently visited Tokyo for a screening of his latest film, Til madness do us part, as part of the 6th Yebisu International Festival for Art & Alternative Visions 2014, held February 7-23 at the Tokyo Metropolitan Museum of Photography. ART iT met with Wang after the screening to discuss the film and the artist’s views on cinema.

ART iT: Your works are generally described as documentaries, but your unique approach to filming and storytelling presents a different kind of “reality” from that of conventional, journalistic media. To begin with, could you explain how you came to choose documentary as your personal means of expression?

WB: In the beginning I never had a choice between dramatic or documentary films. You could say the choice was determined for me by my situation and environment. It takes a huge amount of funding to make a dramatic film, but one of the external conditions for me was that I was not in the kind of environment where I would have access to such funding. So I ended up choosing documentary as a means of shooting movies more or less on my own. The style that I employed for Tie Xi Qu: West of the Tracks (2003) is the same that I continue to use now.

ART iT: I think that style is certainly evident in Til madness do us part (2013), and what is impressive in not only that work, but also in past works like Man With No Name (2009) and Three Sisters (2012) is your sensitivity to sounds, in particular sounds that have to do with the body, like breathing, eating, snoring. Can you discuss how you approach your subjects while filming?

WB: Because I an there to film the daily lives of my subjects, there is no predetermined idea about what I will film. In my exchanges with the subjects, I am of course speaking with them, but we also interact through the footage. In my case, while I’m filming I don’t make any particular effort to converse with the subjects, but because I am continuously filming, you could say that we are continuously interacting. I think that the closer I get to the subjects, the more the audience will also be able to feel that proximity.
Certainly films are constituted by both image and sound, so both are extremely important. It is important to emphasize actual sounds in order to give the audience a more real sense of what is happening, which is why I do not use music. Adding a score often leads to the erasing of the emotional state of the people in that moment. The audience gets carried away by the music, and is unable to experience the real emotions of the people in that situation. 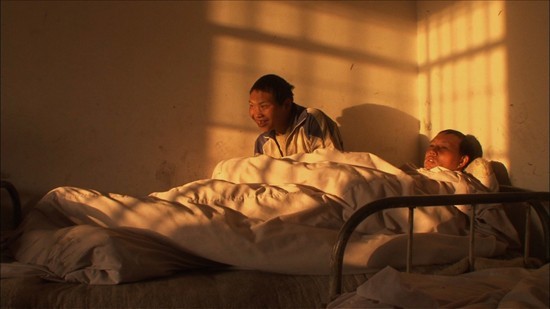 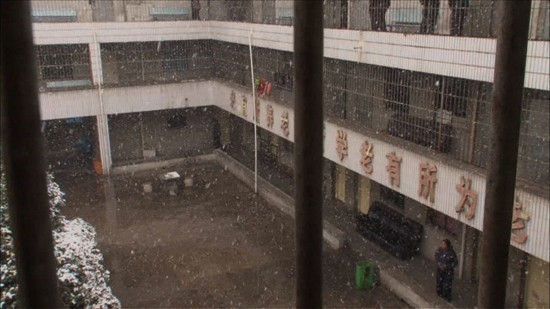 ART iT: This awareness of sound, and your use of the long take for an entire scene, stands in contrast to the use of music to appeal to the emotions, and the use of montage to connect a series of quick cuts and create a visual rhythm, which can be found in certain movies. In that sense I am curious to know what you think about montage.

WB: I think that montage exists in both long takes and quick takes. There are three approaches to montage: one is the American style, the so-called “Hollywood-type montage”; then there is the Soviet montage theory of Eisenstein ; and then there is the French method of montage. I feel that using the Soviet-type montage carries with it the danger that the film will turn into a propaganda tool, which is why I prefer not to use it. The montage that you see in my films is a kind of real montage, and the events that appear on screen produce a montage-like effect on their own. But no matter what, film cannot escape from montage.

ART iT: Your works powerfully depict your subjects’ will to exist, but in your filming of such people, is it possible to read any kind of statement about the communist regime in China?

WB: That’s a difficult question. Everyone has a different way of thinking about life and of seeing things, so I can’t really say anything definitive about whether these works include a political message.

ART iT: One reason I asked you that question is because the repeating footage of the railway line in Tie Xi Qu evokes the many similar scenes in Claude Lanzmann’s Shoah.

WB: Before I started making my own documentaries, I had seen almost no documentary films myself. I had never seen Lanzmann’s film when I started filming Tie Xi Qu. Rather, I had seen mainly dramatic films, and that is mainly what has influenced me. My eyes were opened by the works of directors like Michelangelo Antonioni, Pier Paolo Passolini and Andre Tarkovsky, and it is they who have influenced me. 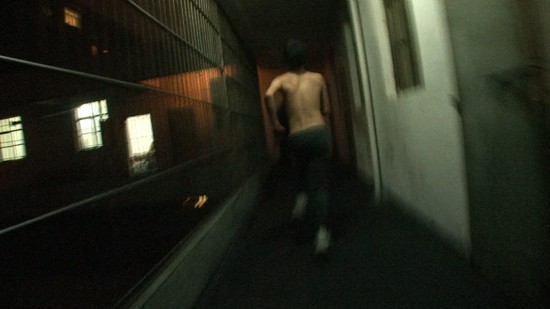 ART iT: Returning to Til madness do us part, there are many scenes in which the camera follows the inmates from behind as they move around the hallway of the asylum. This sense of wandering through an infinite corridor evokes for me Adolfo Bioy Casares’s novel The Invention of Morel and Alain Resnais’s Last Year at Marienbad. Not only the people who appear in the film, but also the camera itself takes on a ghostly presence. In this space that arises through relentless repetition, I felt the effect of a concept of time that differs from that of linear time.

WB: The asylum where we shot the film is a world from which there are no exits. It is completely cut off from the outside world. The only places where we could shoot the people were these extremely limited spaces, like that hallway. In that sense the hallway became the focus of our filming, because there was always somebody walking around it. I wanted to film the everyday existence of the inmates, and as part of that everyday there was always somebody haunting the hallway. That’s all there is. The phenomenon of somebody single-mindedly walking that hallway evoked the opening up of an infinite timespace, and we simply had to single-mindedly follow them.
Regarding time, there is the notion of “filmic time,” through which the sense of destiny of the people who appear in the film can be expressed. Each director has a different understanding of “filmic time,” so that if there is one approach that seeks to contain the story of a person within a specific amount of time – say, 90 or 120 minutes – there is also another approach which equates time with the characters themselves. I think this latter approach indicates how we can reflect concepts of time in cinema.

Til madness do us part
Directed by Wang Bing, 2013. 237 minutes. Hong Kong/France/Japan. Y. Production and Moviola. Distributed in Japan by Moviola.