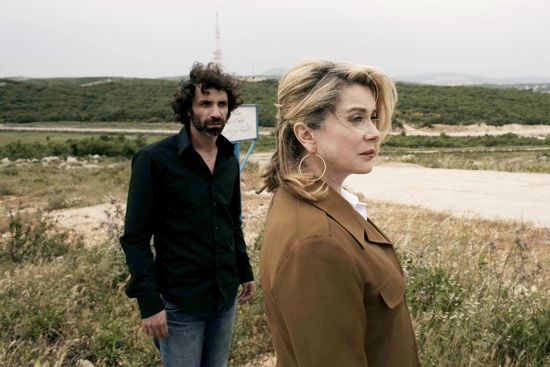 ART iT: We’ve been discussing different approaches to narrative. You mentioned earlier that you make a distinction between history and memory. Can you elaborate on this and how it relates to narrative?

KJ: Memory is subjective and a souvenir. We can have a memory of the same event, but with different perspectives. History is usually shared. You can have events in your memories but they are still under a personal and subjective perspective. In Lebanon, as with images, we have many memories. The problem is that because the Civil War did not end with a clear winner, there is no single prevailing perspective or official history. This is also partly because in Lebanon there is no singularity, but at the same time there is individuality. You are always related to your religion, to your community and to your social or geographical background. In Lebanon there is no personal status. You are born to one of the 17 officially recognized religions, and you will die within that religion and its customs. For example there is no civil marriage, only religious marriage. It is the same for births and inheritance. So by recognizing this you are already confronted with the way that these 17 religions or communities must attempt to create a common history.

JH: The main problem is that we don’t really agree on facts or events or history. We are still very divided. When we began our work, our films, everything we did, we wanted to share questions. We worked a lot on this idea of singularity: a subject who can think by himself beyond his community – and I think this applies not only to Lebanon but also to many countries where people are raised to follow a religion or a rigid family or a heavy social structure. It begins in the family but also extends to school, university, work – in every group, and each community. When do you stop and say, no, this is not right for me?
Our installations are built on the idea of generating a personal experience where people are asked to see in a different way or to touch or to take a piece of the artwork away with them, while in the films we create a narration that allows a lot of space for the other, spaces where you have to project yourself into the film or nothing will really happen. One of the questions that interest me is, how can I define myself as someone who chooses what she wants?
For us, history is made when you become singularities and all the singularities can think about something and have a perspective on it and share it as individuals and not only as communities, because otherwise there are only the histories of each community, which are just monologues. 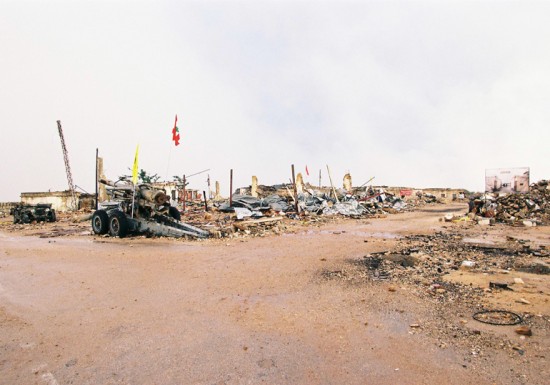 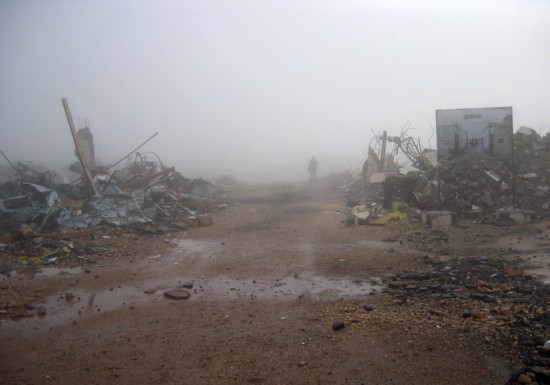 ART iT: Are you putting forward a proposal for a future Lebanese history, or, even as you work with the possibility of history, are you attempting to subvert the idea of such a history?

KJ: Both. When we started we had to react to the flood of images produced by television coverage of the war and the way that they were conceiving our future. What we did is that we started to think about protocols. What kind of images would we use, and what kind of situations would these images lead to? If you use a given image, are you aware of its political background? Are you aware of its consequences in terms of ideology and philosophy? So we had to think about the consequences of using images. Nobody else was addressing the issue of history so we had to do it –

JH: I would never say that I’m writing history, but certainly part of what we are doing has to do with history, because it involves interviews with witnesses, because it’s talking about specific events like the Missing and the Lebanese space program or the Khiam detention center. It has something to do with that – with archives, documents.
So it’s not that we set out to be subversive or provocative, but we end up being subversive and provocative. At the beginning we didn’t have that in mind. We made the film Khiam in 2000 and then we wanted to revisit it in 2007 and it happened that the new film became about the rewriting of history, so it became a subversive film. Je veux voir is considered provocative because it deals with the aftereffects of war in a different way. In a way you lay the groundwork for a future history but you must also subvert the idea of a history that attempts to impose itself upon the existing images. 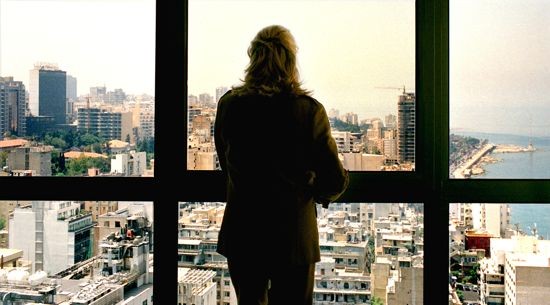 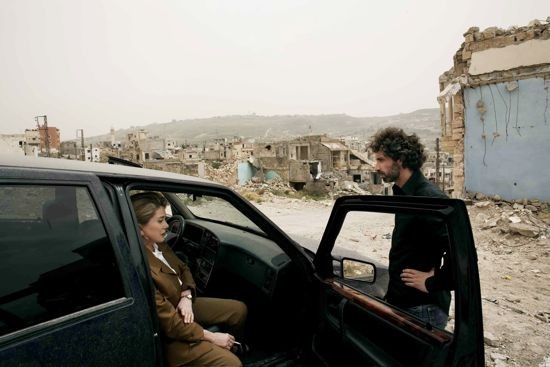 ART iT: Khalil used the word protocol just now. One thing that struck me about Je veux voir is that the film made visible the incredible bureaucratic apparatus that exists in Lebanon between the central government and militias like Hezbollah and international organizations like the United Nations and then, of course, Israel. On the journey in the film you pass through all these zones of conflict, which in fact are somehow coordinated with each other. Even though it’s chaotic, there’s actually a coherent structure in place.

JH: Chaos is surprisingly structured. It’s a bit like the idea of circulation that you raised – it’s about showing the things that are there. We make them visible because this is actually what happened to us while we were preparing the film. The entire film is a kind of “live documentary” in a way.
The movie began because we wanted to put a tripod on the frontier between Lebanon and Israel. We didn’t know how problematic it would be to do this. The moment we set up our camera, Hezbollah arrived and then the UN, and from the other side the Israelis came pointing their guns. So from there we were faced with the practical challenge of how to succeed in putting up the tripod at that frontier, and that’s when we thought about cinema.
We had the impression after this last war that history was being confiscated from us and the approach to history and images that we had been working with for all these years now was being totally erased by the idea that, because there is a war and an enemy, we have to produce militant images. Our images were too complex in comparison to the one-message images that were being called for.
We have been fighting all these years against this idea of image-message-receiver. We understood that in order to go further we had to use the history of cinema and its complexity in relation to viewers. This is why we thought of Catherine Deneuve. For us she is the representative of an alternate history of a cinema. The idea of the film was to show not only the specificity of what’s happening between Lebanon and Israel or these political forces, but also to show the nuances and complexities of images, and to show that you can make a film that is very politically engaged without making a militant film.

KJ: When you have a war there is a gap in your history – something missing. One thing we wanted to do was to invoke a history that could reconnect the gap, even if it is the history of cinema. The film is full of the history of cinema, and even references to our own films. The car Rabih drives is the same he drove in our short video Rounds (2001). Catherine Deneuve evokes several films at once – Le vent de la nuit by Garrel, or Belle de jour by Bunuel. Even the voiceover at the ruins at the end is describing the end of Fellini’s La Dolce Vita with the whale decomposing on the seashore. In the voiceover Rabih is describing the end of La Dolce Vita but at the same time he is describing something that is there in Lebanon. These are the kind of connections we were trying to make. For us it’s important to refer to that history because it’s a place where you can be protected. Cinema is what enabled us to make a film in such a place.

JH: As with out other films, Je veux voir is a very personal work about the position we have as filmmakers or producers of images in the world. We believe that, sometimes, we can dream of pushing some borders, even symbolically, we can extend, create new territories – those of cinema and art.