A now temporary exhibition held “Yasumasa Morimura :” As a program of the art of the top of the requiem – battlefield to someone concerned, I hold a memory talk by a guest and the writer person himself in particular.
I invite Mr. Kiichi Fujiwara of the political scientist who I am known for writing such as (Kodansha, 2001) to “memorize war”, and plays an active part in the news programs of TV and talk about a phenomenon in the 20th century with Mr. Yasumasa Morimura. Look in conjunction with the talk of two people who are rarely seen, an exhibition by all means.

Date and time Saturday, November 27, 2010 from 14:00 to 15:30
Detailed http://www.hcmca.cf.city.hiroshima.jp/web/main/morimura.html Kiichi Fujiwara (Fujiwara, きいち)
I was born in Tokyo for 1,956 years.
A political scientist, a professor at Tokyo University law department. The specialty is international political science, comparison political science, a Southeastern Asian study.
“Realism (2005) of the peace” which “memorizes war” in a book (2001). 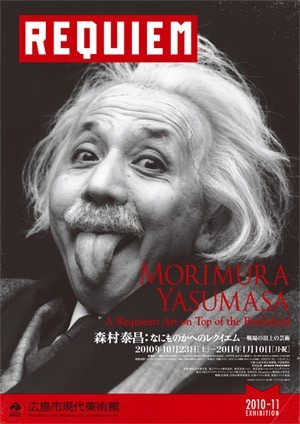