Chiaki Soma is the Program Director of the annual performing arts festival Festival/Tokyo. What follows are her things worth remembering for 2012:

The year since the Great East Japan Earthquake and Tsunami has been one in which the distance between oneself and the disaster area or between oneself and Fukushima has flickered in and out of view across different gradations. As well, in the wake of resistance movements such as the Arab Spring and Occupy Wall Street, it has been impossible to ignore smoldering international situations ranging from the intractable Syrian civil war and Israeli attacks on Gaza to the tense border disputes in East Asia. Moreover, escalating rightward shifts in politics not only in Japan but also across the world are creating rifts in communities and between generations. Under such conditions, what kind of antennae are artists extending to the world, and toward what signals; and what kind of questions are they asking about what they observe, and by what approaches are they responding to those questions?
As the organizer of the annual performing arts festival Festival/Tokyo (F/T), my stance toward such questions is embodied in the festival theme and in the work selections, so it goes without saying that for me the most important “Things Worth Remembering” of 2012 are the works that were presented at F/T. Nevertheless, here I will address below two works other than those from F/T. 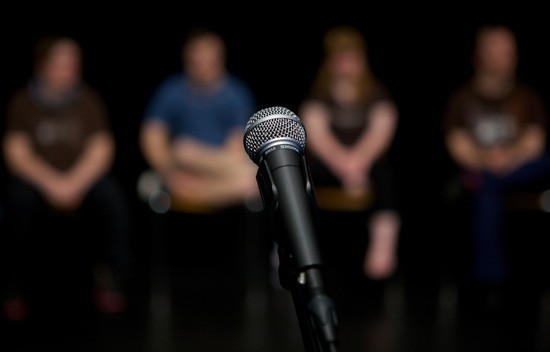 The latest work by the French choreographer Jérôme Bel. Eleven performers, ages 18 to 51, all of whom are affected by Down Syndrome and members of the Swiss-based dramatic ensemble Theater Hora. Constituting what might be called a “professional disabled theater group,” these highly experienced actors were performing at Bel’s invitation. At stage left was a narrator who facilitated the performance by reading a series of instructions beginning with the phrase, “Jérôme Bel asked the actors to…” The performers would then initiate an action, one by one, in accordance with the absolute directives of the director, Jérôme Bel. “Enter the stage one by one and greet the audience”; “Facing the audience, introduce yourself”; “Explain about your disability”; “Do a dance”; one by one, each of the performers earnestly carried out these instructions.
That’s the gist of the work, although the top-down directives were imploded by the individual charms of the disabled performers and their improvisations – of which it was impossible to tell whether they were intentional or not. At first it was impossible to feel anything more than repulsion for what seemed to be the all too common structure of the production as a kind of “freak-show display of pitiful disabled performers being manipulated by the director,” but this was exactly the trap that Bel had set for the audience: as the performance continued, the power that each performer had as an “actor” to break through a given framework – as evidenced in the individuality and energy that exuded from their words and actions – emerged with tremendous potency. Even if this were something that could only be done by “disabled” people, the performance was successful in drawing out the inherent capabilities of the disabled performers to joyfully suspend that impassable distance between the majority in the audience who are considered “healthy” and the minority on stage who are categorized “disabled.”
Many of the works that are now performed in theatres and at festivals in Europe feature minority figures such as immigrants, the disabled, children, the elderly and gays, while the audiences are primarily white, educated and elite. This structure has become surprisingly standard. While the minorities narrate their own marginality, the majority, steeped in some kind of pervading guilt, find catharsis. Ultimately, in such collusion between stage and audience, the distance between the two is only reinforced, with no actual effect on reality. A thrilling production, Jérôme Bel’s Disabled Theater burst through this sense of false empathy.

The latest work by Lina Saneh and Rabih Mroué, who are among the most respected artists not only in their native Lebanon but also across the Arab world. At the opening of this year’s documenta 13, they presented the lecture-performance The Pixelated Revolution, incorporating footage of the Syrian civil war taken from YouTube. To the extent that this reflects their enthusiastic reception in the context of contemporary art, it also builds upon the fact that they have cultivated rich dramatic experience as playwrights and theatre directors, in addition to being excellent actors.
However in this new performance work there was not one performer on stage. Although not immediately evident from the title, 33 Rounds and a few seconds, this was a “social media network performance” about the mysterious suicide of a fictional activist/revolutionary/artist. On stage was a recreation of what appeared to be the study of the dead protagonist, with a computer still logged-in to a Facebook account that continued to receive updates in realtime, and a mobile phone that continued to receive SMS messages from friends unaware of his death, and an answering machine intermittently recording confessional messages from a woman. In other words, even if the protagonist is dead, the communication media he used in life continue to represent him. Projected onto a screen, the Facebook account fills up with messages from people offering their regrets, and eventually becomes the place where debate emerges about his mysterious death, with both rightists and leftists and people from all kinds of religions and races or artistic predilections commenting freely and responding to each other in turn. The discussion proliferates, peters out and then is abandoned. And then we are once again confronted with the silently articulate and profound absence of the suicide victim.
This work teases out an alternate reality of the still unsettled Arab world since the “Arab Spring,” which many attribute to the prevalence of social media. Without any actual person appearing on stage, this work, which speaks only through media and is supported by an ingenious dramaturgy, is perhaps the most definitive critique yet of the world after the Arab Spring.

Although the above two works were the most memorable for me outside of those produced for F/T 12, there were several other encounters that I had over the course of the year. In Japan the most impressive were chelfitsch’s Genzaichi (“Current Location,” at Kanagawa Arts Theatre KAAT: Concept and Direction by Toshiki Okada) and Faifai’s Anton, Neko, Kuri (“Anton, the Cat, Kuri,” at nitehi works: Concept and Direction by Chiharu Shinoda). Presented as a fiction in which the artist, directly processing the changes he has felt over the year since the Great East Japan Earthquake and Tsunami, transforms our unease and emotional instability regarding the loss of control over varying aspects of daily life into words that have an almost unnatural sense of distance from this situation, the former sparked a kind of chemical reaction with the anxieties I myself held at the time, and deeply moved me. As for Faifai’s Anton, Neko, Kuri, even as one was mesmerized by the excessively energetic and unique performances of the individual performers, this production was most exciting in the way that it found depth from a process of infinite differentiation of meaningless moments of everyday life.
Also held this year, the Dance Triennale Tokyo featured a nicely balanced presentation of unprecedentedly ambitious works. Amid a strong sense that the quality and number of the international dance performances at theatres has been declining over the years, Dance Triennale Tokyo has solidified its importance as an opportunity to see in Japan top level works, such as Alain Platel’s Out of Context – For Pina and Yasmeen Godder’s Love Fire, which simultaneously projected to viewers both the joy and the unresolved questions of dance itself. I sincerely hope that, notwithstanding the expected closure of the Aoyama Round Theatre (barring a reversal of the decision to close the theatre), this event can continue going forward.