Taipei, 31 May 2011 – The winners of the 9th annual Taishin Arts Awards were announced on May 11th, 2011 and attended by the fifteen finalists and nine international jury members.

This year’s winner of the Visual Arts Award is Chou, Yu-Cheng for his exhibition “TOA Lighting,” a conceptual art project that made no simple aesthetic objects, but instead took an approach to reveal various institutional systems, upholstering the meaning and production of art. 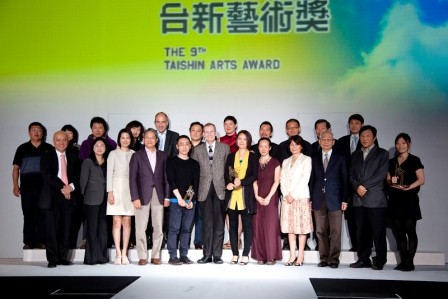 The recipient of the Performing Arts Award is the Century Contemporary Dance Company for their tenth anniversary production “Igor Stravinsky’s Les Noces/ Le Sacre du Printemps.” The dance represents a heroic attempt of the company’s art director Yao, Shu-Fen, whose innovative choreography pays tribute to Stravinsky’s original music as well as poses challenges to the conventional dance and performances.

Mr Upsidedown – Huang, Ming-Zheng’s “Transparent Country” unanimously won the heart of the jury of the 9th Taishin Arts Awards and is thus granted the Jury’s Special Award. Huang’s unique combination of a wide range of both art-related and non-art activities has made his circus-oriented performance a total work of art that crosses disciplines, audiences, and cultural boundaries. 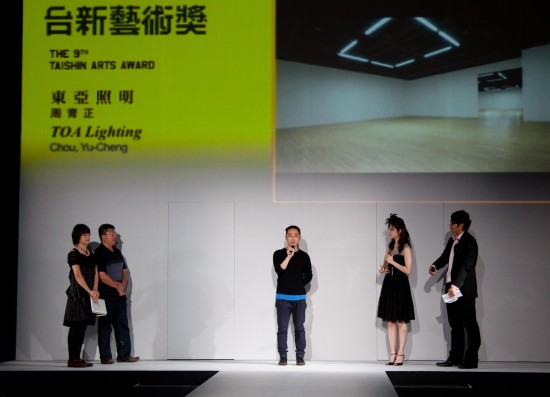 The 9th Taishin Arts Award Exhibition, showcasing the documentation of the art exhibitions of the “Top 5 Visual Arts,” and the performances of the “Top 10 Performing Arts” nominated by quarterly primaries and year-end observation sessions, will be on view in the Kaohsiung Museum of Fine Arts throughout June 12th, 2011.