Skip to content
Hara Museum／ARC(en) > “The Power of Ink… 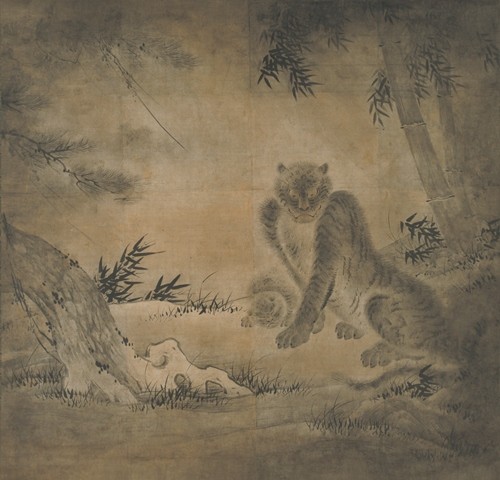 The Kano was the largest school of painting in Japanese history. It dominated Japanese painting for 400 years, from the Muromachi era to the Edo era. In the Hara Rokuro Collection is a series of hanging scroll paintings by Kano school artists collectively referred to as Paintings used for wallpaper and fusuma (Japanese sliding door) at Nikko-in Mi’idera Temple. These works were originally partition paintings (shohekiga) that decorated the Nikko-in guest hall at Mi’idera (Onjoji) Temple in Shiga prefecture, the site of the Mii no Bansho (evening bell at Mi’idera Temple), one of the famed Eight Views of Omi (Omi Hakkei).

We hope you will enjoy Landscape with horses by Eitoku Kano and other selected partition paintings by the Kano school in which the beauty and expressive power of ink are on full display.

■ Hara Rokuro and Mi’idera Temple
Hara Rokuro acquired the Nikko-in guest hall and moved it to his estate in Gotenyama (present-day Kitashinagawa in Shinagawa ward, Tokyo) in 1892. The partition paintings in the guest hall were converted to hanging scrolls and folding screens at that time. Early in the Showa era this building was donated and relocated to Gokokuji temple (in Bunkyo ward, Tokyo) where its name was changed to Gekko-den. This building has now been designated an Important Cultural Property.

■ Tiger
The tiger was often depicted in Japanese art as an auspicious symbol for wealth, status and fecundity. Representations of tigers were placed at entrances to impress visitors. Eitoku Kano (1543-90), believed to be the painter of this image, established the gorgeous, monumental style of Momoyama-period painting. Few of his paintings have survived the flames of war, making this one all the more precious. 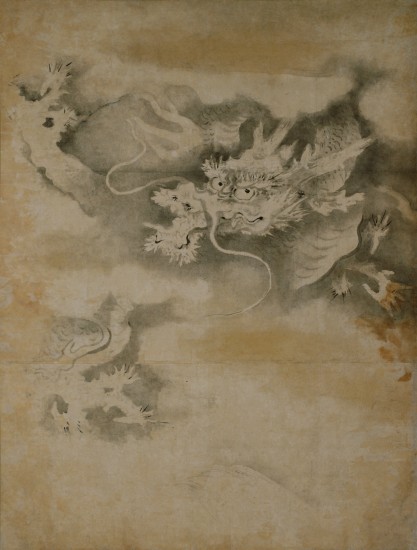 ■ Dragon among clouds
The dragon, one of the Eight Legions (guardians of the Buddhist teachings), was thought to have the power to make clouds appear and rain to fall. For this reason, many paintings were made featuring the dragon-among-clouds motif. The portrayal of the landscape is noted for its conspicuous use of empty space and painterly touches. With respect to its unique brushwork and composition, one can see many characteristics that are shared with Landscape with horses. 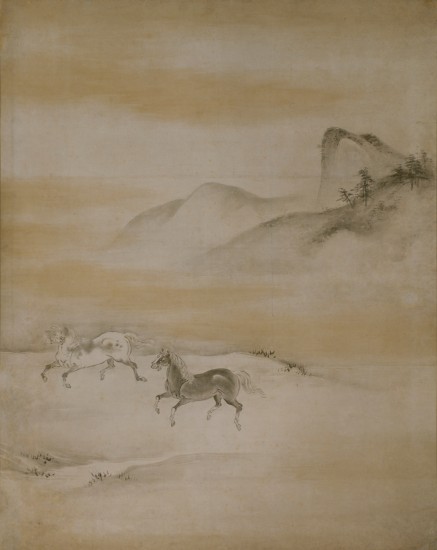 ■ Landscape with horses
This is one of two masterpieces in the Hara Rokuro Collection that takes as their subject wild horses running through a field (each consisting of four scrolls). Here, the forms are captured using delicate lines and light sumi ink gradations. Though the ink is light in tone, the horses, each with a different coat of fur, are depicted with a sense of great dynamism.

Hara Museum ARC
Address: 2855-1 Kanai, Shibukawa-shi, Gunma 377-0027
Tel 0279-24-6585  Fax 0279-24-0449  E-mail arc@haramuseum.or.jp
http://www.haramuseum.or.jp (official website) http://mobile.haramuseum.or.jp (mobile site)
https://www.art-it.asia/en/u/HaraMuseum_e (blog) http://twitter.com/HaraMuseumARC (Twitter)
Hours: 9:30 am – 4:30 pm (last entry at 4:00 pm)
Closed: Thursdays (except March 29 and May 3) *Subject to temporary closure in the event of severe weather.
Admission: General 1,100 yen, Students 700 yen (high school and university) or 500 yen (elementary and junior high), Free for Hara Museum members, 10% discount for a group of 20 or more, Combination ticket for Hara Museum ARC and Ikaho Green Bokujo (except during Golden Week): General 1,800 yen; Students 1,500 yen (high school and university) or 1,400 yen (junior high), 800 yen (elementary), half price for those over 70, discount for groups of 20 or more
*Visitors to the Kankai Pavilion can view the on-going exhibition in the contemporary art galleries as well.
*Children must be accompanied by an adult.
*For residents of Gunma Prefecture: Free admission for elementary and junior high school children every Saturday during the school term/200-yen-discount on admission for up to five persons upon presentation of the Guchoki Passport.
Directions: By train: Take the Joetsu Shinkansen to Takasaki, change to the Joestu Line, and disembark at Shibukawa. From Shibukawa, ARC is 10 minutes away by taxi or 15 minutes by bus (take the Ikaho Onsen bus to ″Green Bokujo Mae″). By car: 8 kilometers (about 15 minutes) from the Kan-etsu Expressway Shibukawa Ikaho Interchange (in the direction of Ikaho Onsen).