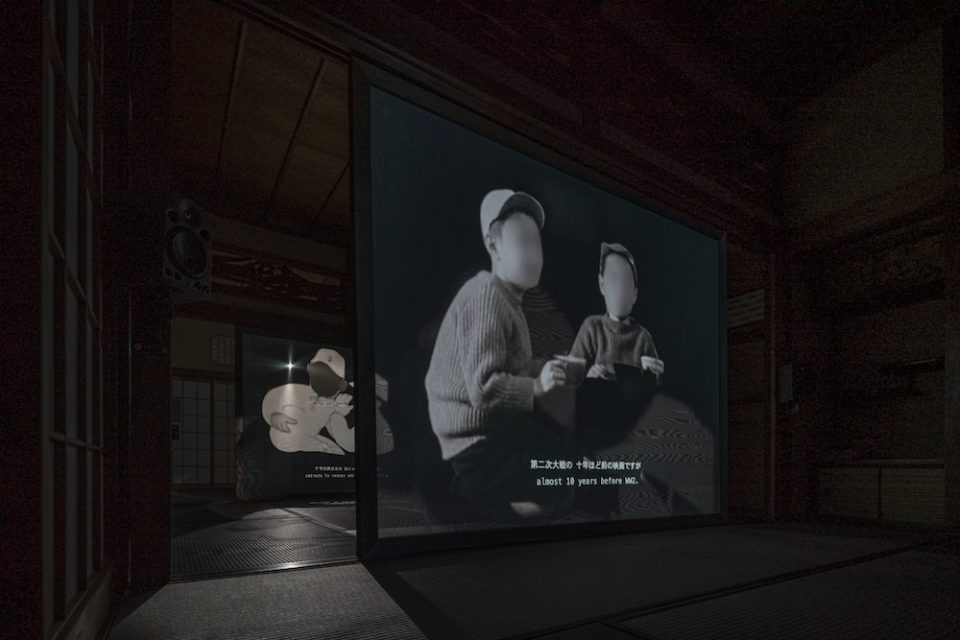 ART iT: We were just talking about the contradictions in Kyoto School philosophy. Metaphysics is an investigation into being, and the thing about investigating being is that you can never really reach the substance of what you’re investigating. There’s always another side, another aspect, another phase. Or with translation, for example, there’s always an alternate wording.

HTN: For me, metaphysics, or philosophy in general, is always historical. But all historical narratives are born out of a philosophical position, whether implicit or explicit. How far back do you need to go in order to understand the Kyoto School or Kitaro Nishida? You also need to go back into the history of Zen. And then in order to get hold of Zen, you have to track it back to Chan Buddhism to understand how the Japanese adapted those practices when they brought them over from China. But then to understand Chan Buddhism, you also have to go back to Buddhism as it existed in India. There are now so many lines of inquiry that it just spirals indefinitely.

ART iT: The unspoken part of censorship dramas like Aichi is that historical revisionists and denialists actually have an extremely metaphysical position that questions the validity of all knowledge. For example, they say it is impossible to prove the Japanese military’s active involvement in the “comfort woman” system because there is no documentation. And that does raise the interesting conundrum of how you could ever trust the testimony of any individual witness, on the one hand, as well as how you could ever trust an individual document on the other, since any experience or document can be undermined as being a fabrication or an isolated incident that is not reflective of the system. When could you ever have enough facts to constitute a truth? The revisionist-denialist argument is incredibly nihilistic. It suggests that there is no way to create knowledge beyond power.

HTN: What drives this nihilism? What historical forces drive and produce it? It’s only once we take that question seriously that we can potentially deconstruct it from the inside—if that is indeed what we want to do.
I’ve been reading Eduardo Viveiros de Castro’s The Inconstancy of the Indian Soul, in which he discusses cannibalism. Although we might think of cannibalism as being born out of an antisocial need to destroy one’s enemy completely, he writes about how consuming the other is in fact a result of excessive sociality. It is a literal “identification” with the enemy, a way to inhabit the point of view of the other, and this is connected to a culture of multiperspectivism in the Amazonian region. I found this to be a really beautiful idea. First, you treat anthropological subjects philosophically, so you don’t create a distinction between high philosophy/metaphysics and the study of the other, i.e., anthropology. Second, I think inhabiting the enemy’s point of view can be a productive strategy for dealing with difficult subjects.
But to really get into their point of view, you have to start from a position of empathy. And once you try to understand the context, you might find yourself lost in it. Insufficient context is bad research, but sometimes excessive context can be paralyzing. Perhaps there is danger in going too far in inhabiting the other. For me, that was part of the process of researching the “guests” of Hotel Aporia.

ART iT: So what are the objectionable parts of the Kyoto School? That they have a cryptonationalist philosophy?

HTN: I don’t know if they were “crypto,” but they were certainly nationalists. In the war years, a few prominent scholars associated with the Kyoto School were aligned with a faction of the navy plotting to overthrow the army-controlled cabinet under General Tojo.
Scholars associated with the Kyoto School were delivering a series of secret lectures to this faction associated with Admiral Mitsumasa Yonai, who was also a former prime minister. The records of these secret lectures and discussions was rediscovered quite recently, and published as the “Oshima Memos” after Yasumasa Oshima, a student of Hajime Tanabe who made the records.
Interestingly, the three roundtable discussions translated by David Williams were published under the title The Philosophy of Japanese Wartime Resistance. When I first saw the title, I imagined it to be about philosophers who were resisting war for pacifistic reasons. Instead what we have is something far more complicated. They were not so much resisting the notion of war as they were resisting the way that the war was being fought. They were against the war with the United States, but only because they knew the war could not be won. 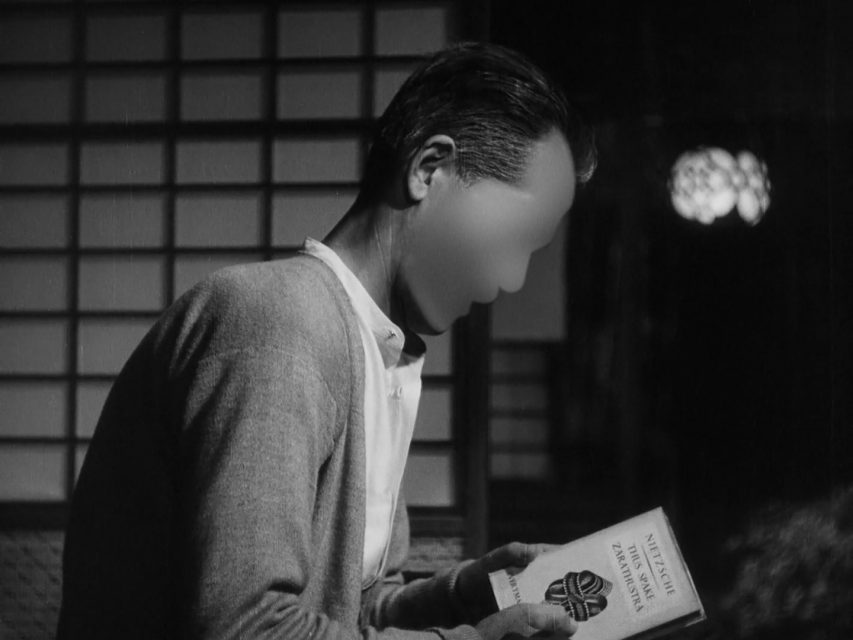 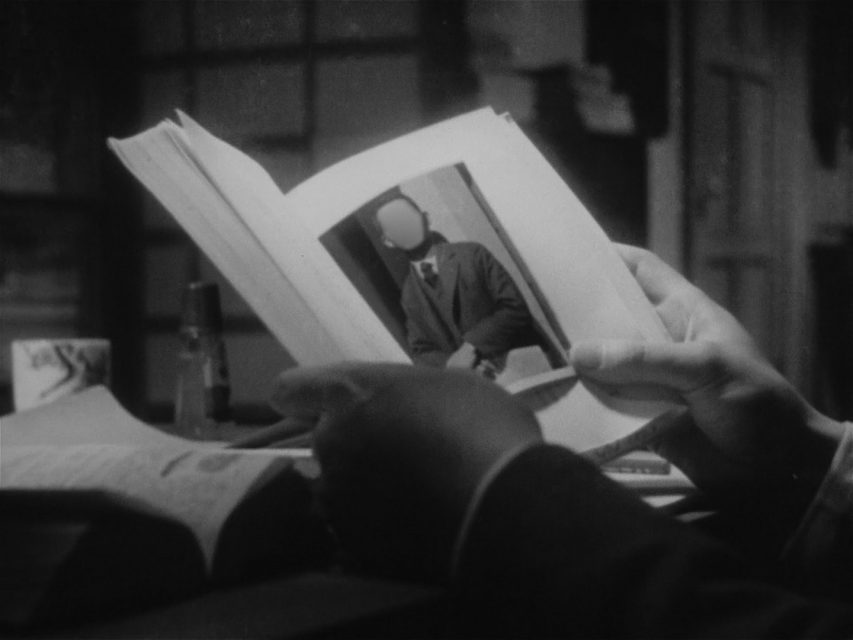 ART iT: It was purely strategic, and not coming from an ethical position.

HTN: Yes, and their intention was to somehow transform the nature of the war itself into something of a higher moral purpose. In other words, the war seems to matter to them only insofar as it can be used in a reformation of Japan. This is one of the parts I found most objectionable about this faction of the Kyoto School—that despite their impressive and wide-ranging knowledge of philosophy and world history, they were somehow incapable of thinking about otherness, or simply having a regard for the other. And so it is no surprise that they speak of the war as an idea, an abstraction.
They of course discuss the war mostly in relation to the US. But what Japan was doing in the rest of Asia hardly merits a serious mention for them. China surfaces occasionally because of the Sino-Japanese wars and the scholars’ familiarity with the Chinese classics, but the rest of Asia is at best a spectral presence.
One of the most interesting remarks in the Chuo Koron roundtables is by Nishitani, who was speaking about the Malays. He said that he’d never been to Southeast Asia and knew nothing about it, but after reading an anthropological text about Malay culture, he found it to be an extremely noble culture, and thought that the Malays had the potential to become half-Japanese. This was almost the highest praise that he could lavish on the Malays—that they could become half-Japanese!
I think this forms a nice contrast to the other “use” of anthropology I mentioned earlier in relation to Eduardo Viveiros de Castro’s speculations on cannibalism as a way to open the self to othering, a process of becoming another. In the case of Nishitani, the other is regarded only insofar as it can be molded into the self.
They say the road to hell is paved with good intentions. This mixture of racism and utopian thinking, this interweaving of good and bad is part of what interested me with the Kyoto School. Nevertheless it is undeniable that this faction of the Kyoto School took significant risks with their careers and lives to do and say what they thought to be right. And we might also acknowledge that they sought to do this in a largely uncynical way, in the thickness of their historical moment, without the benefit of hindsight. Despite my own distance from their ideological positions, reading about them makes me wonder if I would have been able to do any better in a similar situation, if I would somehow be able to see beyond the limits of my situation. In some sense, I think I am probably much more interested in the Kyoto School as a historical phenomenon than I might be in the philosophy they produced. This is how I explain why I got involved in this mess to my friends, many of whom nevertheless remain unconvinced that it is worth dealing with these “right-wing” thinkers.

ART iT: One of the fascinating things about being in the world is that we never know what is going to be relevant at any given time. A communist state gets established in Russia and we think it will last forever, but it collapses after 70 years. We have a war to end all wars, and then 21 years later the same thing happens again. And the US imperium after World War II: Who would have thought they would fuck it up by invading Iraq and it would be over just like that? The day after 9/11, I bet no one expected the American Empire would be on the brink of collapse within the next two decades, but that seems to be where we’re at now.

HTN: I think it’s extremely important today to think about this entanglement through the perspectives of multiple parties. Look at what’s happening in the Pacific with the rise of China and tensions with the US. We are badly in need of getting out of these binary structures, but right now, everything feels unmoored. Our old world order has collapsed, and we seem unable to create a new one. And in this interregnum, I cannot help but think of Nishida’s absolute nothingness. In the East Asian context, whether Taoism or Buddhism, emptiness is not a lack, as it might be perceived in classical Western philosophy, but rather a pure possibility. Going back to the Buddhist sunyata, which corresponds to the Chinese kong and the Japanese ku, “emptiness” is also the sky. It is the same word. The sky is also the infinite. This actually gets to the root of many Indian philosophies. The Greeks were advanced in mathematics, but they couldn’t conceptualize zero. In any case, I think we’re living in a kind of void at the moment, a void where left becomes right, and right becomes left, and everything is topsy-turvy.
So what I’d like to know now is: How we can think in and about the void in a productive, creative, and ethical way?