Now “Institute for mushroom art” 展 held. I liken this display to the findings in the aerial research institute and approach like the deep attachment of producers loving mushrooms and am a trial to be able to touch it to open of the rich result.
I crossed it for two weeks on 27th and, on November 21, held a lecture and two programs different of the idea called the observation society I knew the world of such a mushroom deeply, and to have you enjoy an exhibition more. 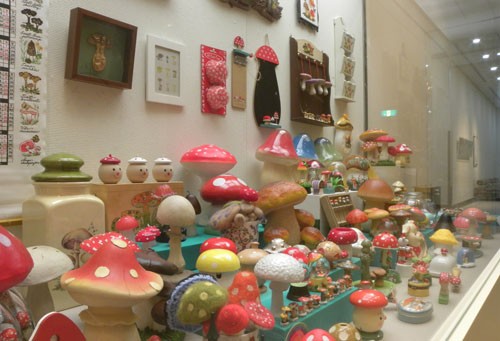 I collect とよ field keno baby than an exhibition

In the first week, I invited “Institute for mushroom art” director, Iizawa Kotaro and held a lecture.
“Do a mushroom”, and in late years it is wide as a mushroom culture researcher, and Manager Iizawa where I heard so a voice in a head is known while I play an active part as a photograph commentator.

From the work concerning the mushroom that there was a number, I was introduced the example that opened while the image of the influence that the image of the mushroom which had hallucination characteristics about “the advice of the green caterpillar” than Lewis Carroll product “Alice in Wonderland” gave a writer and a work born from there transformed it to a movie and music. 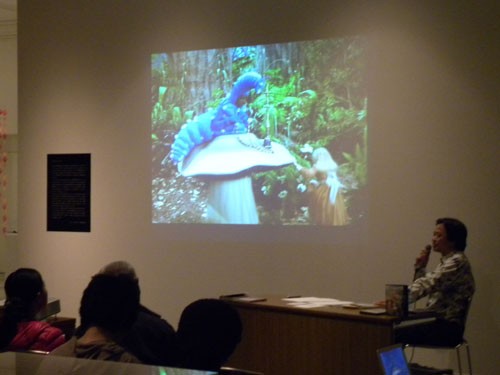 On the other hand, as for the monster, the mushroom human being who appeared in movie “マタンゴ” (1963 Toho), it was introduced as the example that a sense of fear, mushroom cloud, various negative images including the evil spirit-like toxin became the form for the nucleus.

The mushroom which may be drawn as an object of fear while it is got close as the icon which I am pretty, and is catchy. The side of both the right and wrong stimulates a producer and transforms while the image is inherited and causes new inspiration. It seems to right overlap with a figure spreading to various places while a mushroom scatters a spore.

Let’s go to look for a genuine mushroom in the next week when I studied mushroom art! I performed という plan. I searched for a mushroom in the Hiji mountain where an art museum was located as for the thing of instruction by Yoshiaki Kawakami with the qualification of the mushroom adviser. 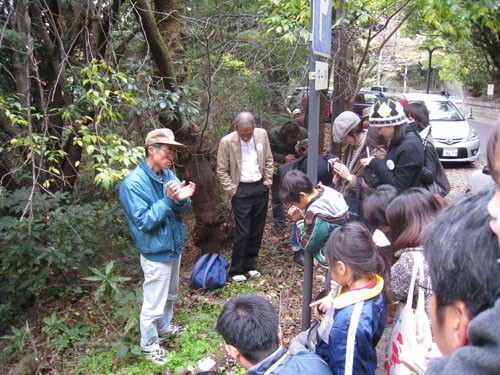 Mushrooms existing in the unexpectedly imminent place. Many mushrooms lay hidden in the Hiji mountain which was full of green. It continues spreading in secret in rock shade and various places that I am apt to usually overlook including the surface of the tree. 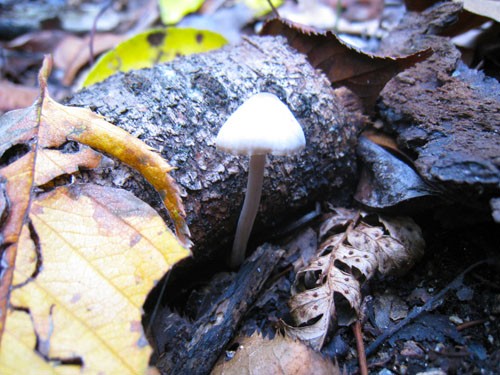 Mushroom and seeing that I melted in a night, and disappeared were pretty and saw it, but participants who learned the habits of the unknown mushroom including a dangerous mushroom when I ate seemed to be charmed in the world of a gradually mysterious mushroom.

If borrow the words of the Iizawa director; when “is fascinated by the charm of the mushroom, the spore which got into in a head grows up little by little, and it is in a mushroom before long once”. And yourself become the side scattering a spore this time…. When a spore bound with a program for these two weeks well grows, it may be with the preacher that participants fascinated by the charm is new this time.