Yuka Uematsu is a Curator at the National Museum of Modern Art, Osaka, and was Commissioner of Tabaimo’s exhibition in the Japan Pavilion at the 54th Venice Biennale in 2011. What follows are her Things Worth Remembering for 2012:

The Great East Japan Earthquake and Tsunami of March 11, 2011, is still not yet in the past, with “that day” continuing in the present progressive through the lives of those who were displaced from their homes, the relentless aftershocks and the nuclear crisis, among other concerns. Even if we cannot escape the threat of nature, is it possible that the judgment of the people handed down in year-end elections can add a full stop to these problems? 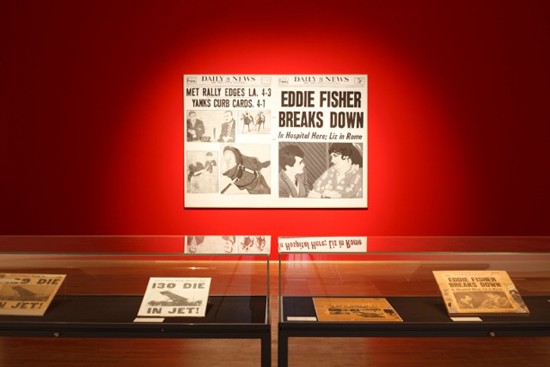 Some 15 years since a full stop was placed upon the conflict in Bosnia Herzegovina, Anri Sala completed 1395 Days without Red, which takes the conflict in Sarajevo as its backdrop. This work was the centerpiece of the video installation that Sala installed across the axis of the Centre Pompidou’s Galerie Sud exhibition space. No matter where one stood in the gallery, it was impossible to take in the full details of the images projected across the installation’s five screens, each of which was positioned at a slightly different angle from the others. As the screens switched on and off, viewers constantly moved from right to left and then back to right again, like the children led by the Pied Piper of Hamelin. For his exhibition in 2011 at London’s Serpentine Gallery, Sala had a saxophone player performing improvised sessions in the gallery, which served to link viewers, space and videos. This time, in place of the flute and the sax were the sounds from the 27-channel speaker installation attached to the ceiling and the images projected on the screens.
Interwoven into a lengthwise axis alongside the 43-odd minute long 1395 Days without Red were three other videos, Answer Me, Le Clash and Tlatelolco Clash, with music box sounds and the percussion of kinetic drum sculptures blending together in the space. Where the idea of “reading between the lines” applies to literature, in this case one had to “see the intervals” between each work. In 1395 Days without Red, a woman gathers her breath and then dashes through the streets of Sarajevo, uncertain whether she will be marked by snipers. Wearing a red coat, she has managed to survive the 1395 days of conflict without being targeted. Running through streets that appear safe, she finds a moment of relief in the shadows of buildings. The sight of her gasping for air after having dodged a sniper’s bullet powerfully conveys what it means to be alive. The next moment, in the work Answer Me, we see the remains of the Cold War-era listening station on top of the Teufelsberg in Berlin, used by the Americans to intercept transmissions from the former Eastern Bloc; here, accompanied by the sounds of a drum, a man and a woman break up. In switching from one to the next across works variously filmed in Sarajevo, Berlin, Bordeaux and Mexico City, the historical, cultural and social contexts of each city are impressed upon the viewers, such that between each screen there is no space for forgetting. Adding to this the sight of the people coming and going on the streets of Paris visible beyond the windows of the exhibition space, the viewers could not help but follow the sounds and images into a reflection on history and memory, and their own positions. It is exciting to think about what Sala will do as the French representative at the 55th Venice Biennale in 2013, where in a unique arrangment he will be working with the German pavilion.

Details: May 3 to August 6 at Centre Pompidou, Paris.

As a museum curator, I am always thinking about how to match works from the permanent collection with curated exhibitions, and how to display together works by artists who lived at different times and worked with differing methods. It was from this perspective that the Louisiana Museum of Modern Art’s exhibition of Alberto Giacometti and Andreas Gursky was of deep interest to me.
It is well known that the Louisiana Museum is in possession of some of Giacometti’s finest works. While Gursky’s works were on view in a solo exhibition in a separate gallery, a corner of the collection gallery was set aside for a display of Giacometti bronzes alongside Gursky’s large-format photographs, and this pairing of artists using completely different expressive methods was unexpectedly breathtaking.
As Isaku Yanaihara has written, “If Giacometti is not working for the people of his own age, neither is he doing so for that of coming generations. He makes sculptures that incite the ecstasy of the dead.”* Giacometti’s dimly glowing bronze sculptures command somewhere in their viewers a moment of silence, and lead to reflection about life and death. Displayed in the same space were works from Gursky’s new “Bangkok” series focusing on the Chao Praya River, which is both the lifeline of Thailand and the face of Bangkok.
At first glance these photographs evoke Abstract Expressionist paintings, but carefully viewed up close, they give a glimpse – in the way that the oily run-off of Bangkok’s social life changes color with the light, and in the trash floating in the river – into one extreme of the people’s lives. As though in correspondence to Giacometti, time and history flow into and congeal in the surface of the river captured by Gursky’s camera. Installed overlooking the snow-blanketed garden of the museum, the works by these two artists brought about a moment of beatitude.

Details: January 13 to May 13 at the Louisiana Museum of Modern Art, Humlebæk.

The Warhol Foundation stirred up controversy after its announcement that it would be selling more than 20,000 works by Andy Warhol through the auction house Christie’s, with the first such sale being held in November.
As many Warhol exhibitions as have already been organized, I would nevertheless like to commend as an excellent exhibition analyzing Warhol from a new perspective the Museum für Moderne Kunst’s “Warhol: Headlines,” which incorporated extensive research into the influence on Warhol’s paintings and art of materials he cut out from magazines and newspapers, as well as archived photos and other documents.

Details: February 11 to May 13 at Museum für Moderne Kunst, Frankfurt/Main.