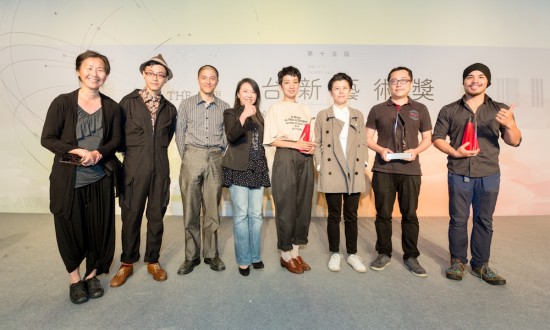 The winners of the 15th Taishin Arts Awards were announced at an award ceremony in Taipei on May 13. Sponsored by the Taishin Bank Foundation for Arts and Culture, the Taishin Arts Awards honor the most outstanding works in multiple expressive disciplines each year, with the Annual Grand Prize winner taking home NTD 1.5 million in prize money.

This year’s Annual Grand Prize winner is Chia-wei Hsu, who was recognized for his exhibition “Huai Mo Village” at the Hong-Gah Museum in Taipei in 2016. The centerpiece of the exhibition was Hsu’s eponymous video investigating ongoing military tensions in the border region between Thailand and Myanmar and their connection to the Cold War. Alongside Hsu, the other prize winners were Ghost Mountain Ghost Shovel Art Collective, Huang Ya-li, Xie Zhongqi, LipingLiping, Liu Fang-yi and Lee Shih-yang in the visual arts category for their live art project on the reception of the avant-garde in 1930s Taiwan, The Black Waves, and Liu Kuan Hsiang in the performing arts category for his work inspired by his mother’s battle with terminal cancer, Kids. Each received NTD 1 million in prize money.

The format of the Taishin Arts Awards has undergone changes in recent years. This year saw a return to awarding separate honors in the fields of visual and performing arts, with the Annual Grand Prize awarded to works from either category. The new structure is intended to reflect both the specificity of individual disciplines and uphold the interdisciplinary spirit of the award. The awards also launched a new dedicated website with information on all the artists under consideration, including videos and interview transcripts introducing them and their work. 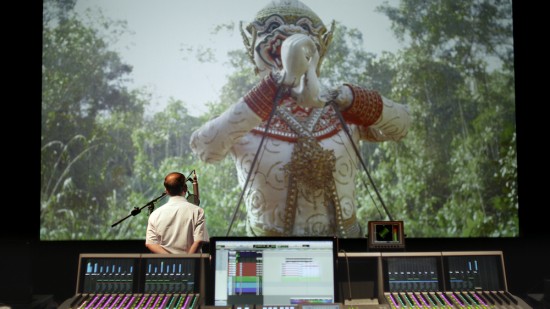 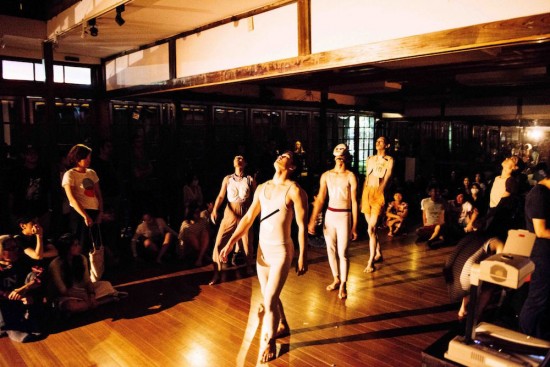 As with previous years, the jury comprised both local and international professionals. The Taiwanese jurors were artist Wu Mali, dancer and choreographer Zhang Xiao-xiong, the poet, filmmaker and dramatist Hung Hung and art historian Chen Kuang-yi. The international jurors were Martin Sturm, director of OK Offenes Kulturhaus Oberösterreich in Linz; Ong Keng Sen, festival director of the Singapore International Festival of Arts; and Jeff Khan, artistic director of Performance Space in Sydney. The jury commended the Annual Grand Prize winner Hsu for creating “an engaging, complex universe that opens up understanding and imagination of geopolitical events, with their continuing ramifications on human beings through time.” In the visual arts category, the jury praised The Black Waves for its use of “strategies of reenactment and invention . . . the powerful spontaneous eruption of poetry, gymnastics, image and sound art” to contemplate a “forgotten history of Taiwan, when the European avant-garde arrived through the lens of Japan.” Regarding Liu Kuan Hsiang’s work in the performing arts category, the jury commented, “Kids presents the exuberance of life in the valley of death . . . . The choreographer creates abundant and abstract images on the stage with highly original body language and distilled theatre elements.”

This year, the award ceremony itself offered no shortage of theatrical elements, as it was directed by Fu Hong Zheng of M.O.V.E. Theatre. The MCs, Hsu Po-ang and Huang Yulin of Po You Set, evoked the two-person comic acts of Chinese opera in their appearance and delivery, while other performers included the percussionist Chen Yi and theatre performers Liu Kuan-ting and Lu Ming-yao. The award ceremony was broadcast in collaboration with UDN Video.

Presented in a special spatial construction designed by architect Yu-chih Hsiao, works by the finalists were on view in the ground floor lobby of Taishin Tower from April 10 to May 26.