II. The Seated Queen
Cerith Wyn Evans on the slippages between poetics and politics. 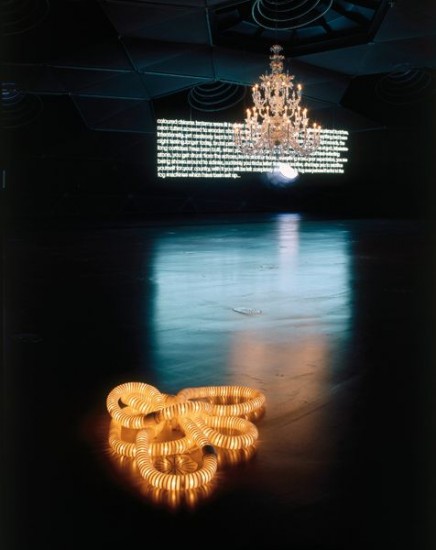 ART iT: We were just speaking about the role of translation in your thinking and your experience in Tokyo of an “awesome” state of incomprehension. In terms of your works, when you put a text into Morse code, is that a translation or is that just a transfer of information?

CWE: It’s willful, it’s perverse because Morse code is an encryption of language and to an extent I never really meant for people to literally read the chandelier texts. I’ve encountered people who are very literal about the actual texts and have a problem with what I’m doing, but I feel that the role is to – in a mediamatic way – channel a certain amount of information. Essentially, telegraphic Morse code is a binary system that turns the alphabet into a series of dots and dashes. It’s really not that different from the binary code that most computers currently use. It was interesting to me to enter into the space of a kind of willful non-meaning in order to attempt to liberate in the viewer’s mind – for want of a better term – the powers of imagination. I hope that it’s generous to the extent that it gives the reading back to the viewer – the person who is experiencing the work – as a range of possibilities. It opens up space. It also makes you think of the unheimlich: something is being communicated, and maybe there are voices that can traverse the human life span – certainly literature can do that – maybe ghosts really do exist.

ART iT: It also makes me think of early mythology where you have heroes and heroines who are immortalized in constellations and so become these ideograms containing a story within an image.

CWE: I couldn’t agree more. Another thing that was a total revelation, and astonishing to me, was to see the night sky from the Southern hemisphere. You’re reminded that there is this whole other cosmology that exists that is mythic and deeply, primally important.
I made a work many years ago about Cassiopeia. The constellation Cassiopeia is a “W” shape and it’s very interesting in relation to studies of Orion, which is another so-called “star grouping system.” This actually came up in my discussions at CERN. Some people are structural material physicists, other people are closer to the more conventional system of radio astronomy. The whole notion of the line of sight grouping of Cassiopeia is very interesting because we read it – and language will perform it – as a W in the sky. But in fact, if you could view it from an Archimedean point, you’d realize that the shape we see as a W is dispersed across billions of light years. I think of the recognition of constellations as a very primal form of language. I don’t know much about early linguistics, but certainly constellations could represent a lexicon in the sky that would be recognizable and sharable, and so probably are connected to a very early form of language, perhaps pre-linguistics even. 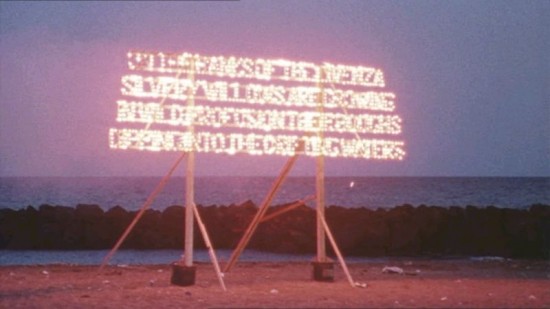 ART iT: Considering other works incorporating text like Firework Text (Pasolini) (1998), do you feel retrospectively that they operate on the same level as the “Chandeliers” in terms of their relation to language, or do they reflect other concerns?

CWE: I think there were different concerns there because the “Firework Texts” – of which there have been several – are more political in a sense. It was the great artist, Marcel Broodthaers, who said, “Carte du monde poétique,” not “politique.” Between poetics and politics there is only a slight difference – let’s not forget that. But I think the “Firework Texts” were specifically in relation to Pasolini because I felt there had been a massive cover-up of the circumstances surrounding his murder, and in fact the case was reopened in 2005 after the man convicted of killing Pasolini retracted his confession.
I was fascinated by the life of Pasolini. The British filmmaker Derek Jarman introduced me to his work and I became very engaged in that whole world in a way. I was fortunate to be introduced to various people in Rome who were close friends of his, such as the actor Franco Citti and the filmmaker Sergio Citti.
The Pasolini works were intended as a kind of loop metaphor or analogy, because what I wanted to do was to map something onto an actual place; let’s not get involved here with ideas of virtual versus actual, but it was a kind of invocation, a summoning up of a moment in Pasolini’s life. Now it gets complicated because Pasolini rather narcissistically identified with the myth of Oedipus. In his film adaptation of the Sophocles play Oedipus Rex, Pasolini sets Oedipus’ place of birth in Friuli on the banks of the river Livenza, where he himself was born.
What I thought would be relevant at that time – and differs from the Morse code pieces – would be to somehow re-inscribe this narcissistic identification with myth that he had onto the horrible place where he was murdered on the beach at Ostia, near Rome. And so in that respect, it is an homage, a votive offering.

ART iT: In terms of the differences between politics and poetics then, is the political significance of the piece a literal slip of the tongue, so to speak?

CWE: Can you have a literal slip of the tongue? If we’re talking about literature, meaning of course is absolutely central and takes us right back to the question that you had about translation, because translation is nothing if not an exploration of the slippage between one kind of meaning and another. For instance, there are certain things in Welsh that are considered by the Welsh to be untranslatable into any other language. Let’s think of an example in Japanese culture – something that’s considered intrinsic to the experience of being Japanese, such as the idea of “wabi-sabi.” A concept like this is intrinsically about a sort of untranslatability. It’s about an intuitive feeling towards something, and that feeling can be, when it works, communicated. But there are so many ways to put it. 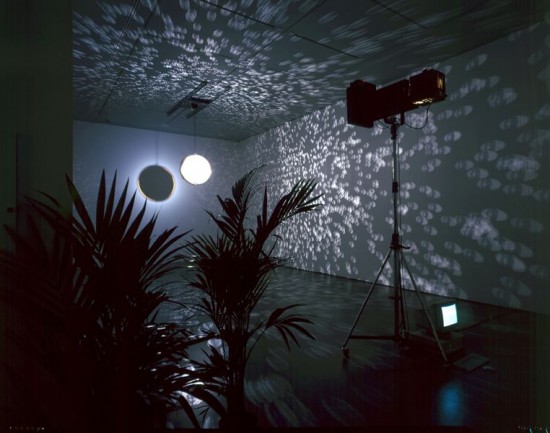 ART iT: Have you made other works that have this poetic/political slippage?

CWE: Everything is like that for me. Absolutely everything. You are always to a certain extent in a space between wanting to be loved and being able to love. To be able to show compassion and love and care is to be political. To be able to be loved is, I guess, poetical. I can’t believe I just said that. You got me on a good day today!

Part I. We Turn in the Night, Consumed by Fire