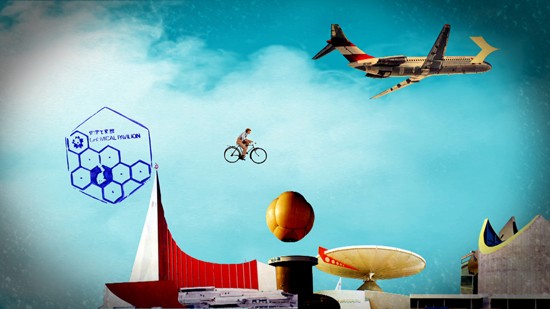 ART iT: Earlier you mentioned that you often reference your interest in pedagogy in your works. Having studied education and worked as an educator – in addition to maintaining a career as an activist – can you elaborate on how your relationship to pedagogy continues to play out in your art projects?

WHC: I taught for about 18 years, and during that period there was a stronger relationship between my practice as an artist and my practice as an educator. As was the case with the third-world aesthetics course that I taught for around three years, classes often became arenas for me to explore ideas of transformation, of pedagogy, or even those related to a more complex issue like conscientization: how do you make students conscious of themselves and acquire a reflexivity about themselves, their environments and the societies in which they live?
However, since I stopped teaching almost 10 years ago my work has become less pedagogical or didactic, more free and playful. Even when I was an educator, I had come to realize that didacticism can trap art into agendas of transformation which, personally, I think are not necessary.

ART iT: What would you describe as one of your more didactic works?

WHC: In the late 1990s the Asian Economic Crisis gave rise to the Reformasi (reform) movements in Malaysia and Indonesia, and around 1998-99 I made a few related works about that upheaval, including making postcards to be sent to government officials. These had a sort of propagandistic value – which in itself is not bad – and in that sense were didactic, but now I do question how effective the project was as art or even as propaganda. The agenda was to inform people of the lack of rule of law and let them know that they could be empowered to make a political act by simply picking up a postcard and mailing it to the chief justice, the inspector-general of police or the prime minister. We distributed and sent off at least 30-40,000 of these postcards. The political act took precedence over the aesthetic part of the project, although certainly you could think about it in terms of a Joseph Beuys-style social sculpture.
Another example would be the Sook Ching (1991) project. It was experimental because I was thinking through how to express certain issues of pedagogy and art, but ultimately the video was a documentary, and it was meant both to educate and to retrieve oral histories – and in a way, to conscientize. However in the case of Doghole (2009), I was interested in the aesthetics and technicalities of filmmaking, special effects and working with actors. I was interested in a personal memory and history rather than a collective history. There has been a shift that I think is underscored in comparing these two different versions of similar material. 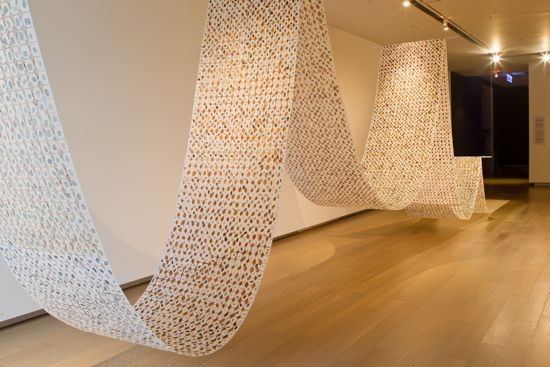 ART iT: Do you see, then, a closer relationship between education and activism than between art and activism?

WHC: Activism and education are highly related. I hate to use this rather righteous term, but it is important to think about empowerment. Augusto Boal talked about empowerment in relation to his concept of “political theatre” and its symbiotic dialogue between actors and audience. Paulo Freire’s concientization started at the much more basic level of literacy, but when you are literate, when you have access to language, that is itself an empowerment. Therefore education is activism, because with language you can read and write, learn and articulate – regardless of utility or ends. You might be able to read a novel or you might be able to do your groceries without getting cheated, and at the same time you can also distinguish between what is being written and what politicians are saying. Literacy, education and activism are all quite intertwined, whereas I feel that art need not necessarily be political.
In fact this issue was raised at a recent symposium in which I participated. Some of the speakers suggested that the moment the social commentary in their art is hung on the wall it becomes a political act. I wouldn’t go so far as to say that. For me social commentary can remain social commentary – it’s your opinion of the world out there – whereas a political act has an end and expresses a desire for a transformation.

ART iT: A sticking point for political art is perhaps exactly the inescapable subjectivity of the artist. One strategy I notice with recent participatory, community focused projects is what might be called “passing the camera,” which may be a form of conscientization, but I’m not convinced it actually affects relations of enfranchisement and disenfranchisement.

WHC: Generally I try to separate my artist and activist roles. When I did the Oh Sulukule, Darling Sulukule (2007) project with the Roma gypsy community for the 10th Istanbul Biennial, I was very aware of the complexities of entering a community for three months, making a work for an international art festival and then packing my bags and going home. I made it very clear to the community where I was coming from, and allowed them to decide for themselves whether to be part of that game. They were to empower me, not the other way around.

ART iT: But isn’t that a bit like the way people now often preface their romantic relationships with the disclaimer, “I can’t commit to you, but we can still have a one-night stand, no strings attached”? Isn’t it possible that the gesture of transparency is itself the hypocrisy?

WHC: On the other hand it’s also hypocritical to say that I’m here to help raise awareness and talk about your troubles, so I felt it was better to be transparent. If they think I’m being hypocritical and adopting a one-night stand mentality, then they can always turn me down. I had some problems with the NGOs who work with the Roma community because they asked me why I was making a film about children playing, and not tackling the ongoing eviction issues they felt needed to be confronted. I had to negotiate around this, but at the same time because I come from an NGO background I also understand their perspective, and it was a big contradiction for me. 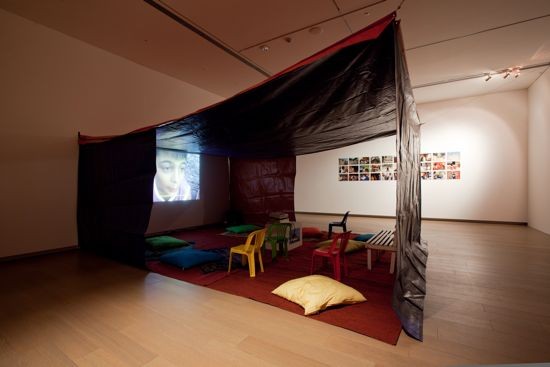 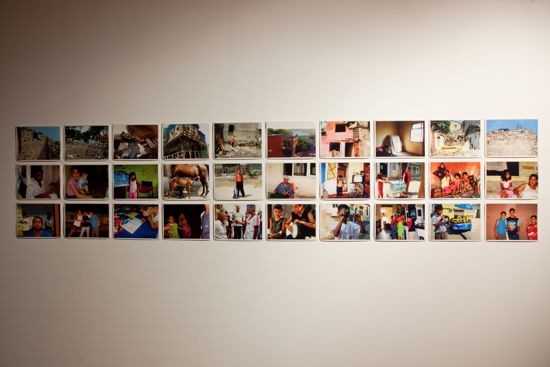 ART iT: What kind of activism do you do, exactly?

WHC: I first started in NGOs working with detainees imprisoned without trial, and then we formed a human rights group. In the early 1990s I felt NGO work wasn’t doing enough for me so I joined the socialist party, which later merged with another party to become the opposition People’s Justice Party. Including the merger, I’ve been involved in party politics for the past 20 years. I’ve been a campaign manager during elections, done strategy and planning, fund-raising, written and designed campaign materials, briefed candidates for elections – very sort of un-PC work in many ways.
I’ve always tried to balance my time and energy between political and artistic work. I go through spirals. Sometimes I’ll be involved with art for two or three years and then go back to party work for several years. If I do both concurrently it becomes schizophrenic because one is about ego and self-fulfillment and the other is about negotiations and compromise.
I should say that in the political sphere I have no qualms about using art or my own art experience to propagandistic ends. Last year I primarily used my art skills in mundane ways, designing ballot papers and voter training manuals. I have no problems with that insofar as I know I can return to an art practice that exists more in a realm of playfulness and personal interests.

ART iT: So it’s not that you completely abandon art when you enter the sphere of politics, but you’re using it for different ends.

WHC: Yes. And looking at Russian Constructivist posters or Chinese Cultural Revolution posters or Vietnamese posters from the 1950s, it’s clear that propaganda can be quite powerful and beautiful at the same time. I enjoy propaganda for its ability to use image and text to create an alliance with the public – that’s obviously the point: to generate empathy. But I feel that it need not be judged by the art world on the basis of its being propagandistic or utilitarian, and therefore “not art.” It’s an area I’m still thinking through. Elections are coming and I’m working on some visual ideas for strategy. I think it will be interesting to see how I can translate art into a more visceral propaganda in terms of posters, animated gifs and banners or performative actions or branding. It’s really not so different from advertising, in that you need to think of how to engage your target audience. 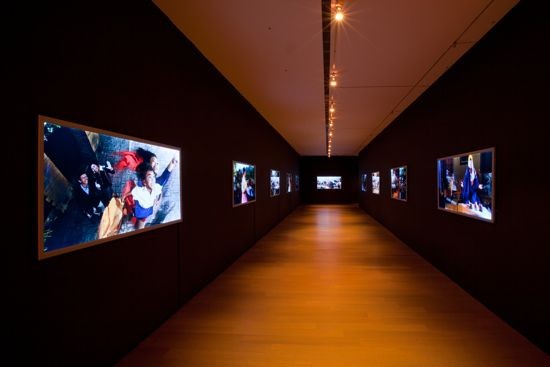 ART iT: Yet a distinction is perhaps that propaganda and advertising are inherently opaque, because if they reveal the amount of energy that has gone into calculating audience response they become less empathetic. In contrast “art” seems to be more predicated on the idea that a work transparently reflects an attempt at genuine expression.

WHC: This is an issue that has been very much argued – do artists create for themselves? I personally have never believed that. What is the point of writing if no one reads your writing? You could say Emily Dickinson did that, although I’m sure she would have loved someone to read her works when she was alive – it’s just that nobody was interested. Artists are not naïve. Not all, but many repeat ideas for collectors or do work that targets a particular audience, even if they’re not conducting focus groups.
In politics it is more focused. You target groups like the middle-class, farmers, or differentiate between the urban and rural working classes. You also need to target age groups depending on the issues. I do see similarities, though, and I’m beginning to think that everything is somehow interconnected in a matrix of complicit, symbiotic relationships. For the past 10 years, I have been exploring that complicity in many ways, as with the “Chronicles of Crime” and even with the “Maid in Malaysia” photographs. I paid real domestic maids to model for me, and perhaps that could be interpreted as using or exploiting them. People ask me, aren’t you exploiting maids? I respond, “Don’t you exploit maids as well?” We are all complicit in this game – I pay them market-rate modeling fees and treat them as well as I would other professionals, even if just for the day, even if you call it a one-night stand.
Working through it all is an interesting and conflicting process. As an individual, as an activist and party worker, as an artist and as a former educator, I feel one must always be reflexive, vulnerable and curious. For example an educator who is not reflexive about his own actions or vulnerable to his students will find it difficult to reach them, or a politician who is unable to admit to mistakes in public will have difficulty earning sympathy from his constituency. And because learning is a lifelong process, the moment you stop being reflexive, you stop growing. The moment you stop being curious about what interests your students, you stop being a good educator. The moment you ignore what the electorate is thinking, you stop growing as a politician.
The same applies to art. I want to work through myself, and yet because I’m also in politics, I also want to know how we deal with this matrix of complicities. Do we pretend they don’t exist? Do we recognize them and take responsibility? How do we negotiate around or untangle that which seems inextricably linked? I don’t have an answer, but I feel I’m beginning to recognize better and better the typologies of complicities and conflicts in which we – well, at least I – constantly get ourselves involved.