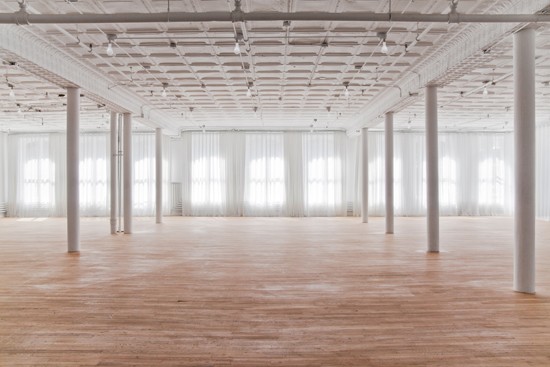 ART iT: What are you doing for your exhibition at Artists Space in New York?

DV: It is my first solo exhibition in the US so I feel justified reusing elements from past works. Previously I had made a wallpaper with biological drawings of flowers that I found at the National Museum of Natural History in France. In the 19th century, the most discoveries in the field of French natural history were made by missionaries. Of course, Indochina was created as a means to support the British against China. Once China was opened up, then along with the trade the missionaries entered areas that had never been seen by Western people and found all these flowers. The flowers I use come from this one particular missionary who followed the Mekong River from Vietnam to China but was then captured and killed when he reached Tibet. I love this story and that is why I use his flowers all the time. So I will display the flowers along with the photos from Vietnam by Joe Carrier.

ART iT: Are you intentionally drawing parallels between the missionaries and their flowers and Joe taking photos of the boys in Vietnam during the war?

DV: Yes, I thought it made sense – this beauty in these politically violent periods. The film Hiroshima Mon Amour is a strong reference in this respect. I have titled the exhibition “Autoerotic Asphyxiation.” I like titles that do not obviously explain the exhibition. Achieving ejaculation while trying to hang yourself is just a very complicated combination, both absurd and understandable. It embeds a contradiction within itself. 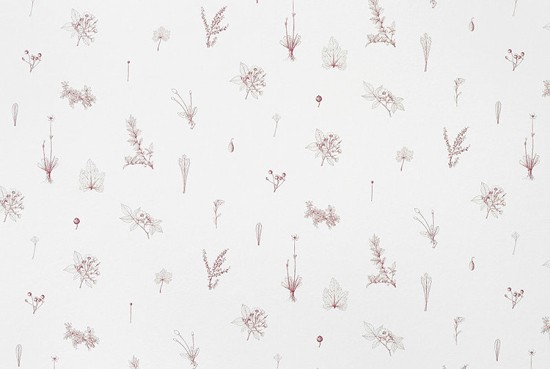 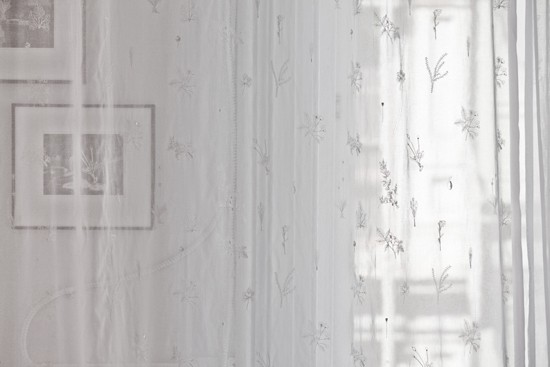 ART iT: How many different versions of the Joe Carrier photographs have you done? I know there was a show at Daniel Buchholz in Cologne in 2009 and another at Isabella Bortolozzi in Berlin in 2007.

DV: I’ve done two so far. I liked the one at Isabella’s, which was weirdly site-specific because of the space and location. We have installed the show at two other places but I never felt that it functioned as well. Artists Space is the first time I am using Joe’s work with other elements. After the recent renovations, Artists Space is now one big loft space ringed by many windows, so I have turned the flowers into curtains that run along the walls, with the photos hanging in between, so it’s much more infiltrated than previous versions.
The missionaries have become an obsession though, also related to the letter that my father is copying out all the time [from the missionary Théophane Vénard to his father, written in advance of his 1861 execution in Tonkin, Vietnam]. History is so fucked up and messy. You start with the Catholic missionaries in the 19th century, and then in 1955 when Vietnam was divided into North and South, the Americans supported the Catholic president Ngo Dinh Diem as a strategic way of westernizing the South. The images of the self-immolated monks came from the period when Ngo was suppressing the Buddhists, who comprised 80 percent of the South. The Americans realized that Ngo couldn’t unify the South and in 1963 supported the military coup against him. My father was not Catholic, but he loved Ngo so in silent protest – because of course you shouldn’t announce your faith when the Catholic president is assassinated – he converted and remains a believer even today. I love these jumps in history that are related to each other but which occur across very big gaps.
Do you know the crucifix that I made, this white crucifix with names on it? That was an important piece for me that just came out of the blue – I didn’t even know the tradition existed. For Catholics in Vietnam, after a person dies there is a period before the tombstone can be placed on the grave. During the interim the relatives make a temporary crucifix and write the name by hand. This was the beginning of my interest in handwriting, because my father made exactly such a crucifix for my grandmother when she died. I had no idea, and then one day my sister came to visit me in Berlin and brought the crucifix with her. I was shocked. My family had visited the grave on the first anniversary to place the real tombstone and they didn’t know what to do with this thing, but they didn’t want to throw it out. Thinking I would like it, my sister brought it to me.
I was fascinated by it but never thought of it as art. I left it on the balcony. I was basically living with this object until the day I no longer saw it as so important – things fade away and then you suddenly see all these traces of history and they become something else. It’s a way of bending your own thinking.
That was also the first piece in which my work became more minimal or abstract in an exhibition context, because I really experienced living with this object for half-a-year and it changed my perception. How can you expect an audience that – if you’re lucky – is visiting for more than 10 minutes to understand this? It’s just another hermetic sculpture. That was what I found so beautiful, that when we see it we recognize it so well. It’s the crucifix, it’s numbers, it’s names, it’s the alphabet. We recognize it but I don’t believe there’s any way for the audience to capture it. In that sense this piece was important in structuring my thinking because you can’t expect anything, you just do things because you feel there’s no way out.

ART iT: It’s recognizable but out of context.

DV: Yes. I had two crucifixes because both my grandmothers died, and I sold both of them. I still wonder today what happened, what people see in them. It’s a mystery for me – not for the sake of the mystery; I felt it was necessary, I saw a certain beauty in it – that this beauty can never be mediated. I have no clue how it’s perceived from the other end, but I think that’s very interesting. It was a very strong piece in the sense of not giving, in the sense that you really maintain your integrity and work from your own perspective instead of this silly idea of wanting to talk to or reach out to everybody. It’s the perfect revenge, if there’s anything to revenge against. 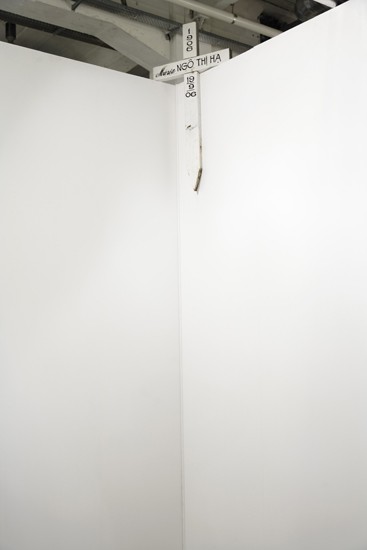