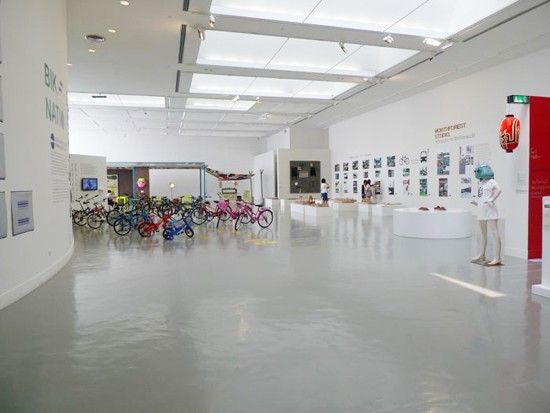 An artist resident in Zhenlai, a group exhibition by キュレーション of ankh Ritt アッチャリヤソーポン. I introduce it in the present of 12 groups engaged in a social activity and cultural activities to a base in local city Chiang Mai.

The element of these 12 independent groups running diverges into many branches, but it is the group which is active as of each and shows the process and trial in various form by the book exhibition visually.

Chiang Mai Sunday cycling club
The member demands securing of security of the local cyclist in the Chiang Mai city and the setting of a right road sign. I show ensuring safety and the directionality of the public guidance by a photograph, a picture, the setting of the signature to support the spread of bicycles. 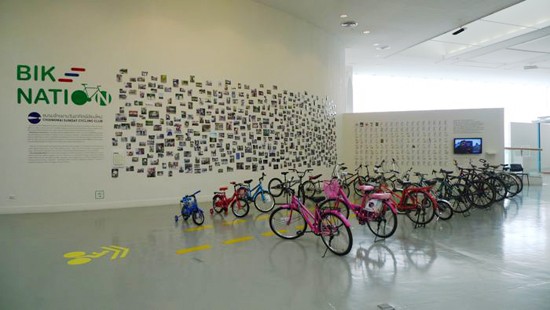 north Forest studio
I take up a problem I live together, and how build a house if the chula pawn naan tapa niche of the architect is natural in Chiang Mai tutors. マケット which I suggest the compromise through the paradigm of building it about a problem of the natural resource use through way of life of oneself, and a student of the Chiang Mai University produced, the idea that named “a living on backpack” again are announcement.

ドムキュメンタリー
I aim at the spread of art in the everyday life. I set up an ice-cream parlor in art center and try art and everyday fusion. 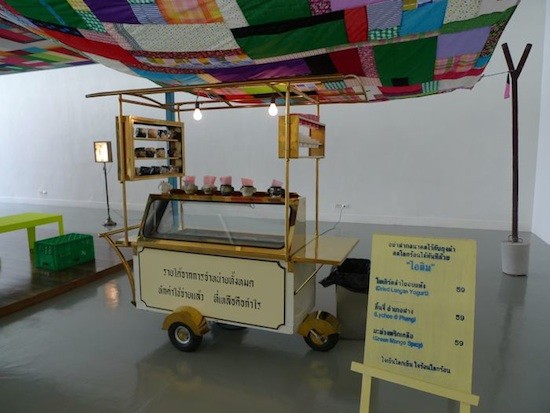 runner bird and nature conservation club
The group which works on conservation of nature based on research. I investigate the number of birds of Doi インタノンエリア and perform the enforcement investigation every year. I aim at having general people deepen interest in conservation of nature by they are active at this exhibition, and reporting it.
I make the setting scene of the headpiece of the bird and the basket and have the audience really play a bird and call for the liberation of the bird. 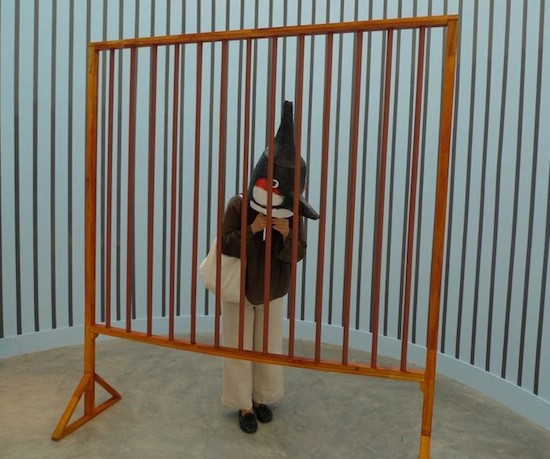 the land foundation
The group which was established in the village of the Chiang Mai suburbs in 1998 by リクリット・ティラヴァーニャ and Comyn ラーチャイプラサート of the artist. Originally it is intended social participation in planning of the art, interchange with the community and that I build up an experimental place trying, and this foundation in the place that was a rice field zone raises money. At this exhibition, I display a studio and the work which I depend, and gathered contribution to various writers to collect necessary funds for infrastructure maintenance. Other than drawing of silkscreen work of Misato Nara, Pierre Huyghe and the Tobias labor garfish, I include oil painting works of ティラヴァーニャ.

It is not at all only a group succeeding in Chiang Mai to participate in an exhibition, but problem – – it which Chiang Mai faces now by showing a process of those activity carefully visualizes the energy that the group where often world anywhere is going to find – – which is a possible problem and the solution has. I was scientific, and, on the other hand, as for the activity that I underestimated it, and a filling got, what was seen as an open thing because of the gentleness was able to have a good feeling socially.
I do not let an aspect get tired of the fun of the visual installation and audience participation-shaped display with a thing differing from it with the exhibition of the activity introduction that is apt to become boring by the repetition of the document picture at all in many cases. Activity is that the display is full of variety, and hope – – to reformation of society of Chiang Mai is still in mid-course, but, rather than quality of the display of individual groups, it is with the exhibition which – – can grasp. It may be said that this is because abilities of ankh Ritt アッチャリヤソーポン which served a curator are shown enough. The quality of each “project” and “work” is not high at all, but I represent the reality, and, not an art exhibition displaying the work of the artist, this exhibition to convey variety has big significance at a point to incarnate the open mind that art has.