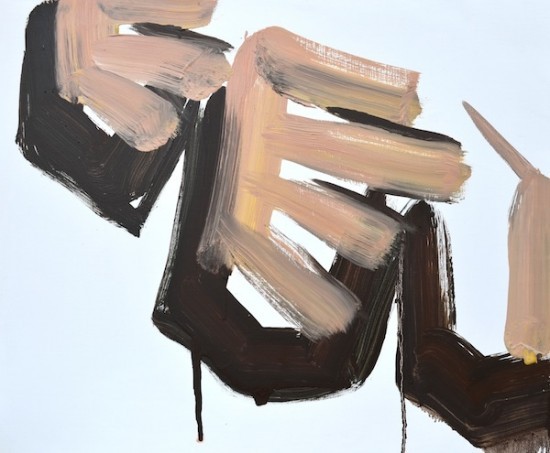 Objects whose secret is not their expression, their representative form, but on the contrary their condensation and their subsequent dispersion in the cycle of metamorphoses. In fact, there are two ways to escape the trap of representation: […] Or by simply leaving representation behind, forgetting any concern for reading, interpretation, decoding, forgetting the critical violence of meaning and mistake, returning to the womb of the appearance of things where they merely state their presence, albeit in multiple forms, multiplied by the specter of metamorphoses. (1)

Keisuke Matsuda’s artworks, which have appeared at exhibitions bearing the titles “Words Lie” and “Straightforward,” once expressed as straightforwardly as possible forms that come into existence as “non-sensuous imitations” of the world prior to the division into subject and object (= words lie) (see edition 24/25 of this column). These forms that make a non-sensuous impression on Matsuda are volatile and quickly disappear, and in the beginning human and facial forms were used as temporary vessels to contain them. In time Matsuda was able to present the forms as they were, but the important thing was not the composition or the picture plane but the forms, and for this reason he continued for some time to paint on canvases that were not stretched over wooden frames (instead adding frames after the forms were painted) or even on the backs of canvases (dispensing with the need to think about filling in blank space or painting backgrounds).

However, in the new series “stabilization,” begun at the end of 2013, one can observe an intriguing development. The artist has progressed from the stage of simply expressing forms to the stage of completing them as paintings. The key word here is “metamorphosis.” Matsuda “metamorphoses” the forms while determining their relationship with blank space and the color relationship between the background and the forms, fixing them (= stabilization) at once within a particular picture plane.

Now if one were to mutter in John Cage-like fashion, “I have nothing to paint and I am painting it,” the vast majority of painters with the exception of Keisuke Matsuda would probably approve. Conversely, Matsuda is one of only a handful of painters who believes he has “things to paint.”

“Avant-garde” abstract painting went into decline in the 1960s and ’70s, and the fundamental reason for this was the advent of a society that continues to revolve due to the commercialization of surreal externality itself, which is to say the appearance of the “hyperreality” or “integral reality” theorized at around the same time by Jean Baudrillard. This amounts to the integration of externality itself into the representational system by the commercial information-media industry and the invalidation of the very concept of presence (“Beyond fake representation true reality appears!”). So the things that make up hyperreality are no longer called representations (re-presentations; copies of an original) but instead “simulacra.” “Kitsch” and “avant-garde” and “externality” and “real” and “surreal” are now all nothing but simulacra.

Because our real world in which simulacra alone endlessly circulate is “integral,” an orientation towards the “outside” of this is itself a path leading back to simulacra (ie, the trap of representation). So, is there nothing “outside” of hyperreality? Will art end completely in combinations and permutations of simulacra? With regard to this point, Baudrillard acknowledges, using language that is interestingly very similar to that used by Takuma Nakahira, the “outside” of the world of simulacra as “radical fantasy.”

Capturing your absence from the world and having things appear…

But when I take photos, I use a language as form and not as truth.

But only form can cancel out value. […] Only form can oppose the exchange of values. Form is unthinkable without the idea of metamorphosis.

I am not a conservative: I do not aspire to regress to a real object. That would mean cultivating reactionary nostalgia. I know this object does not exist, no more than truth does, I maintain the desire for it through a glance that is a sort of absolute, a divine judgment […] (2)

As is well known within art history, in the age of the criticism of representation in the 1970s – to repeat, this was not the criticism of false representation, but the criticism of presence beyond representation – there was a focus on various signs that relate directly to the real world without relying on representation. These “index” signs are signs that arise through direct physical contact without the mediation of meaning or value systems, and whose significations or contents are open. In other words, as well as enabling a direct link to reality without recourse to a system, indexes make possible forms whose contents are infinitely free. Baudrillard’s “language as form” that can “oppose value systems” is probably the same as this concept of index signs. In the quotes above he is commenting as a photographer, and the example Charles Sanders Peirce gave of an index sign was also a photograph (a snapshot). The strangely worded quotation at the beginning of this column could also be read as referring to photographs that have become nothing but “multiple forms” due to the “metamorphosing” of a given reality through framing. 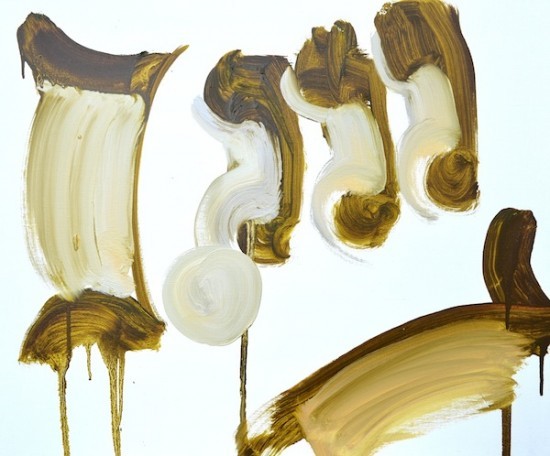 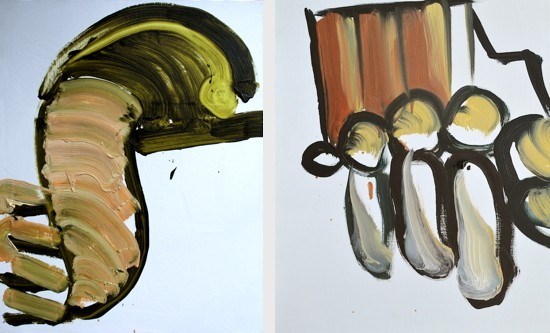 Artists who are not satisfied with simply cynically repeating simulacra move on from common simulacra and try to produce from within them “forms,” or in other words “real paintings.” (3) However, Baudrillard’s “forms” do not appear at the end but exist from the beginning as indexes, or in other words as direct traces that do not pass through representation. Keisuke Matsuda’s “things to paint” also constitute traces of this kind, and as things stand he has begun to metamorphose these forms and stabilize them as single paintings. Looking at the bold yet simple composition in which forms made up of several lines and colors appear to float within the rectangles of the canvases, it is clear that the artist is at a very early stage in the process of metamorphosing/stabilizing indexes as paintings. In music, they would be akin to inventions composed with just two voices. However, compared to kitsch figurative paintings and abstract paintings that belong to the category of “zombie formalism” (4) – romantic bravura music exhibiting brilliant technique – how graceful these inventions are. 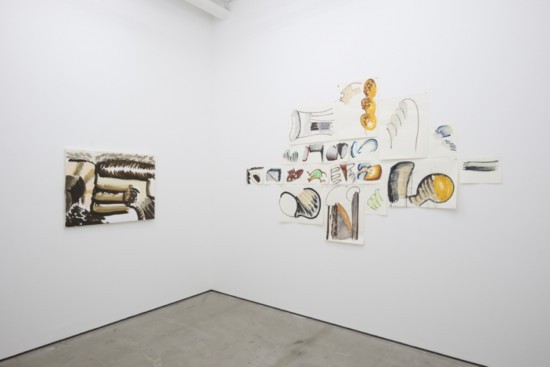 This is the final edition of Critical Fieldwork, which has been running now for four and a half years. To the readers of this column in Japanese and English, who probably number around 100 combined, I would like to say thank you for keeping me company. Falling as it does between journalism and academism, the place for criticism is becoming increasingly limited, but I hope we can all meet again somewhere.