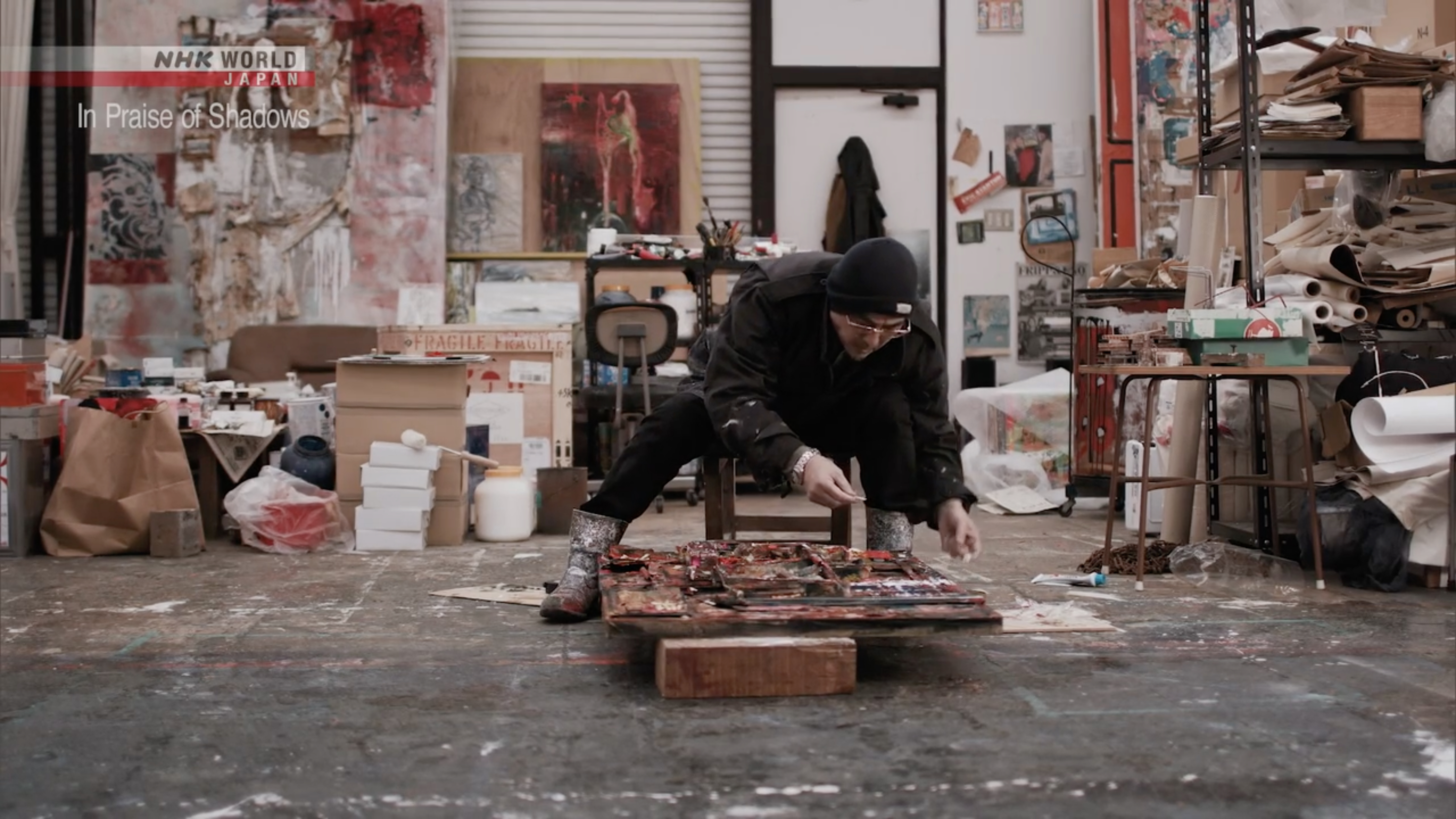 Take Ninagawa is pleased to announce Shinro Ohtake‘s appearance in “In Praise of Shadows: Tanizaki Junichiro on Japanese Aesthetics,” available online on NHK WORLD-JAPAN until March 1, 2023.

Using advanced imaging technology, the documentary depicts the world of subtle beauty described in terms of light and dark by Tanizaki in his masterpiece “In Praise of Shadows.” Alongside architect Tadao Ando and University of Tokyo Professor Emeritus Robert Campbell, Shinro Ohtake elaborates on the correlation between his works and the Japanese aesthetics elucidated in “In Praise of Shadows.”