THE SPACE BETWEEN 0 AND 1
By Andrew Maerkle 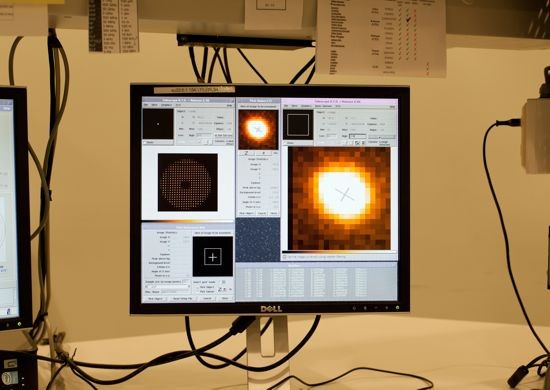 One of the leading artists working with photography today, Wolfgang Tillmans helped shape the visual sensibility of the 1990s through his photographs of London’s underground youth culture, and has since extended his practice to consider the gray areas between abstraction and representation, as well as the material and sculptural qualities of the photograph itself. He is also known for installation projects such as Soldiers: the Nineties (1999) and Truth Study Centre, which draw from found images and other printed matter to present a cogent analysis of how mainstream media shapes our awareness of the world.

Tillmans recently visited Tokyo for the opening of an exhibition of new and recent works at Wako Works of Art, “Affinity,” which continues through March 15. ART iT met with him at the gallery to discuss both recent developments and early influences in his work.

ART iT: I recently did an interview with Liam Gillick, and of course one thread in Liam’s practice is to observe the built, urban environment and the innocuous forms of control that are part of its structure. Under that influence, it was striking to look at your recent photographs – such as those collected in the publication New World (2012), as well as those on display here – and find in them a similar thread observing the built environment of global capitalist society and its effect on our visual and bodily relations. For me, this is reinforced by the editorial pacing of the images, the way you shift between moments of contemplation, with a flower or still life; to moments of humanity, through a portrait; and then suddenly deposit the viewer before, say, a pyramid-like structure in Times Square with a massive fitness advertisement playing across it [Times Square LED (2010)]. One could also cite the numerous photographs of airport security and immigration checks in your latest publication, Wako Book 5 (2013). How do you view this aspect of your work?

WT: The idea of what is allowed and not allowed, the idea of what is considered acceptable or unacceptable behavior, and the transgressions of those boundaries has long been an interest of mine. Urban space is, of course, necessarily about controlling how we live together. It has to be that way partly because we need norms and rules, but I’m also very aware of how things are increasingly moving toward controlled behavior, and how capitalism cannot bear anything that is free or uncontrolled. I find this to be really sad.
Twenty years ago there was a functioning capitalist society in the West that did not feel the need to control every single possible use of space. Yet as capitalism has become the prevailing system in the world, it’s always about more, more, more. People are more and more told how to look and how to behave and how to fit in, and I can read this in the surface of the world.
I have spoken in the past about the surface of things and how the core of the content is inscribed on the surface. It may not be absolutely true with everything, but I find personally that I can read it in many situations. So I have a critical point of view in one way, but on the other hand neither do I despair or only want to assign blame. The car headlights [Headlight” (2012)] are a good example. I’m not accusing anybody. I’m not trying to say, look how terrible this is. I actually do think they are a bit terrible – the cars look really aggressive today – but I also see them as these strange, absurd light sculptures, like some Naum Gabo-like weird object. So I also have a fascination with the world in which I live. 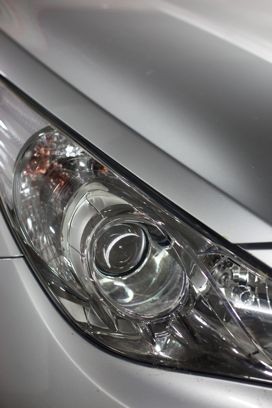 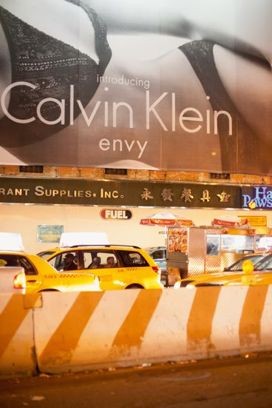 ART iT: For me, your photographs of urban commercial space identify a distinctive mise-en-abyme aesthetic of capitalism, whereby even within one frame there are always multiple layers of images superimposed upon each other. For example, the photograph Envy (2010) starts at the bottom of the composition with the street, followed by a concrete barrier and traffic, followed by a wall with Chinese signage, and above that a Calvin Klein lingerie billboard. In a way the composition functions like a found collage.

WT: I guess that is also the playful side of things. Regarding the Envy picture, they are really trying to fuck with our brains in advertising something with a name like “Envy.” That’s just so wrong. Envy is one of the deadly sins: there’s nothing good about envy, I find.
But then of course the world into which they insert this image can never totally conform, and is always a bit out of control because of all the different layers that people add to it. In cities things are constantly being layered upon each other in a way that is much more anarchic than what is first imagined by the city planner, or the architect of a building, or the advertising executive. This collage view on cities I find really fascinating because there is no master plan, or people always overwrite the master plan. I like that messiness.
I guess this is also a reflection of my own personal relation to chance and control – my approach to controlling what goes on in my life and in my pictures and exhibition making and in designing my books. I can’t have a critical eye on the control mania in the world when I am too absolute in my own world.

ART iT: How consciously do you use the idea of collage in your own work? I find an implication of collage in a number of instances: the “Approaches” (1987/88) works for which you used a copy machine to gradually isolate a specific detail from a found image; the Truth Study Center table installations; the way that you install an exhibition in a gallery space, or even the way you use the borders of the inkjet prints, so that sometimes the image is centered and sometimes it’s shifted to one side.

WT: It’s funny – I studied French in school, and ever since I learned the word coller, meaning to stick or paste, I can never dissociate “collage” from the idea of sticking. For me collage is very much about sticking things onto another surface, like with the work of Kurt Schwitters. Because I care so much about the very material that I work with, many of the techniques I use are about not destroying the paper or not putting unstable glue onto it. So I dislike the very idea of sticking.
With the tables, as in Truth Study Center, I really like that the layering is simply held in place by the weight of the papers themselves. They suggest variability, although they shouldn’t actually be varied. Once a table is finished, it won’t change. I will install it the same way three years later.
I think my dislike for the idea of sticking is actually a dislike of the language of permanence. I like things to look as if they just happened and could be changed tomorrow, even though in fact I don’t do that. The installation here is the way it is and I won’t change it, and if somebody were to buy it I would reinstall it the same way. I make exact measurements and drawings. For the past 15 years, every room has been recorded on graph paper and can be sold as an entire installation. So they are very permanent, but I like the lightness of touch that suggests everything has just been pinned there. 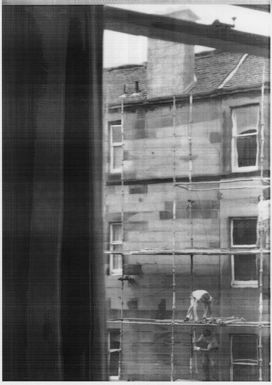 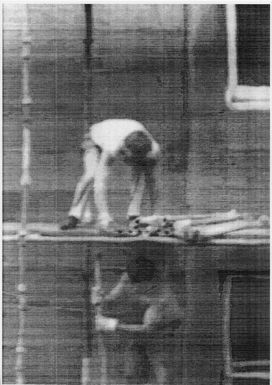 ART iT: But you do actually tape some photographs to the wall, which is a subtle act of sticking.

WT: Yes, but I have found a way to use the tape without damaging the surface of the print. I try to never hurt the paper.
I mentioned Kurt Schwitters, who was a great inspiration for me when I was 18. I never made work like his, but I responded to his deep affinity for printed matter and how it can have deeper meaning, which I think comes from the modernist understanding of things, that these things somehow matter. In that way I am probably in the tradition of collage in some way.

ART iT: For example, what led you to do the “Approaches” photocopies?

WT: I think it came from a sense of wonder and fascination and trying to understand what is this transformation that happens to an industrially produced white sheet of paper with the touch of the button and a special machine. At the time, in 1986 or ’87, I was essentially working with the first digital printer. On the one hand it could create pictures of great precision – it was the first time photocopies could be made in grayscale and with a high enlargement factor – but at the same time the prints had a lot of noise and lines. This correlation of advanced digital technology and irrational noise made incredibly beautiful objects for me, which I felt were somehow more expressive or had more charge then the paintings I was making. It was closer to the synthetic music that I loved.
I think the moment I am fascinated by something I want to also understand it, and that’s the origin of this act of looking into the images, enlarging what I had just enlarged and enlarging that further, accumulating noise onto noise. Where is the surface? What is this? But that was just a first exercise really. 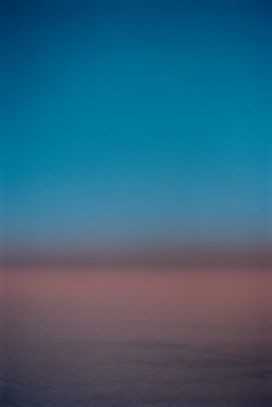 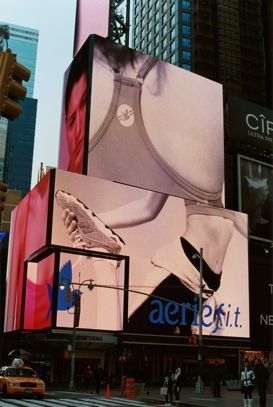 ART iT: I think it’s a profound introduction to the way images work. It’s no surprise, since you were using a digital copier, but in a way the “Approaches” anticipate the whole direction digital media has taken. The way that images today are copied and recopied, cropped, manipulated, almost without a second thought – an image is never a finished product.

WT: Yes. I find it striking myself that the “Approaches” have more currency today than they had 10 years ago. Ten years ago people weren’t really interested in them. But these questions of resolution and detail and representation and what can be recorded or not are really evident in my work today, for example with the two pictures of computer screens in this exhibition, which were taken at the European Southern Observatory in Chile. They are views of what astronomers see through the telescope. These astronomers are battling with the same phenomenon whereby digital technology does not produce the clean images we would expect. It’s a nice paradox, because the rules of digital are 0 and 1: there shouldn’t be any gray.
The borders between things have always been fascinating to me. It might relate to the experience of growing up gay, and perceiving the world through this distinction that things turn one way or another, and wondering where the border lies and what it is. You can also see this fascination in the picture Tag/Nacht (Day/Night, 2009). Because of the curvature of the earth, when you fly near a sunset the ground is already dark, while the sky above still has daylight, and then you see near the horizon a dark line, which is actually the shadow of the earth cast into the atmosphere. So there is day and there is night; there is information, there is no information; or this is a star, and this is a dead pixel. Of course this might sound like a passive acceptance of not knowing, but I don’t see it that way. I want as much clarity and specificity as possible, but on the other hand I take great comfort from these gray areas of not knowing, and maybe that comes back to the social world, the built world, urban life. The gray areas that are not defined are what give me great pleasure.
My interest in subcultures is not unrelated. When I did “Approaches,” it was the same time that I discovered ecstasy and acid house. The rational and the irrational coexisting may be at the heart of everything I do.

Wolfgang Tillmans: The Space Between 0 and 1