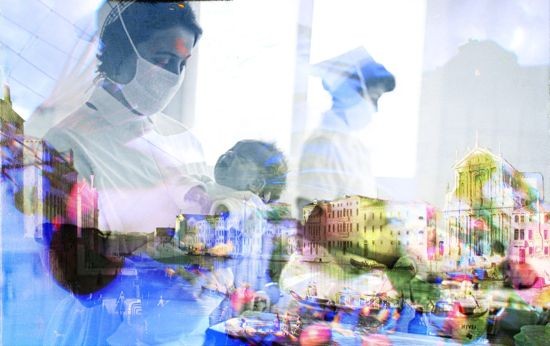 Deliberately referencing its century-long tradition of national representations (beginning with the establishment of the Belgian Pavilion in 1907), this year’s artistic director of the Venice Biennale, Bice Curiger, has selected the theme “ILLUMInations” for the venerable exhibition’s 54th edition. At a time when this format is increasingly chided for its perceived anachronism, Curiger is taking the criticism head-on, telling ART iT that, “the national pavilions are what make the Venice Biennale so unique.” She sees the pavilions in a historical context as representing the desire of different countries to participate in international exchange, and hopes to underscore through her direction the Biennale’s potential to realize a “borderless map.” Yet that doesn’t mean the Biennale model is immune to reconsideration or innovation. Amid the rise of conservative populist movements in Europe and beyond, as well as the upheaval of the Arab Spring in North Africa and the Middle East, this year issues of nationality and nationalism will be right at the fore of the pavilion exhibitions. These range in tone from Dora García’s playful investigation of her “inadequacy” to represent Spain and US representatives Allora & Calzadilla’s circus-like appropriation of the iconography of corporate America (business-class recliner seats, ATMs and sunbeds) to Israeli artist Yael Bartana’s shocking proposal to invite three million Jews to return to Poland, “…and Europe will be stunned” (on view in the Polish Pavilion).

Seeking to better understand the critical tensions that define the Biennale and its tenuous balance between local contexts and international consumption, in the months leading up to its June 4 opening the editors of ART iT have corresponded with Curiger and numerous participating artists to probe deeper into the questions of what Venice means to contemporary art today, and what it means to exhibit at Venice. We include these dialogues here, alongside articles previewing selected aspects of the artistic director’s exhibition and the national representations.

India – Zarina Hashmi from Everyone Agrees: It’s About to Explode

Poland – Yael Bartana: …and Europe will be stunned.