The found photographs are a series of ‘intriguing photographs’ the artist happened to came across amongst a stack of amateur snaps that found their way into a flea market. Faced with these photographs as naked denotation devoid of all information concerning the subject and photographer, all we as the viewer can do is ‘look’. In other words, the reason for the intrigue lies in this ‘looking’.

In due course Barthes substituted the word ‘studium’ for ‘obvious meaning’ and the word ‘punctum’ for ‘obtuse meaning’ with a ‘penetrating trait’. This was because he came to recognize photographs as encounters (‘tuché’) with ‘the real’[2], and the punctum in certain photographs stimulating us as the reason for their intrigue. A punctum is ‘a small hole’, ‘a small stain’, or ‘a small cut’[3], a symbol of the trauma the individual once went through in order to establish their subjectivity. Photographs stimulate trauma in us. It is from this that photographs derive their power to attract.

This same argument can be applied as is to surrealism. The fundamental premise of surrealism is the establishment of a dualism between the constructed ‘reality’ of our consciousness and the ‘surreal’ (the world as it is that simply exists irrespective of human consciousness) that permeated us unconsciously prior to such ‘construction’ occurring, and the presentation of an unconscious world that goes beyond conscious construction. In other words, it involves not ‘creating’ things, but rather unraveling things into a ‘hitherto uncreated’ state. The ‘surreal’ lies hidden behind/beyond the ‘reality’ constructed by the consciousness, and so for this reason we must seek out its (visible and invisible) traces. In active terms this entails creating pathways and holes within the ‘real’ that lead to the ‘surreal’, while in passive terms it entails detecting ‘holes’, ‘cracks’, or ‘frays’ already present in the ‘real’.

Readymade-ness, chance encounters, others’ perspectives, amateur photographs, the absence of context – found photographs emerged as something that meets all these requirements. 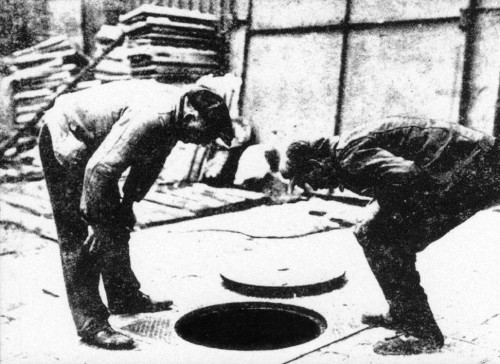 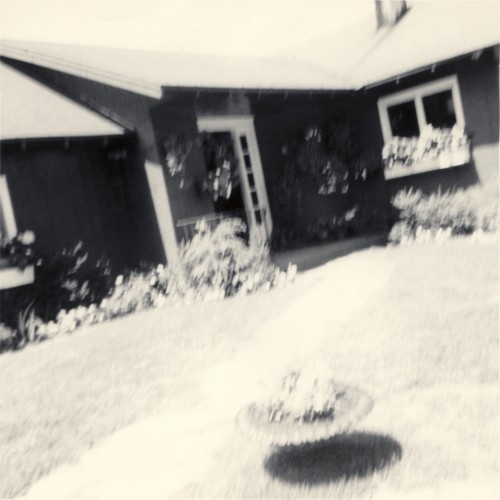 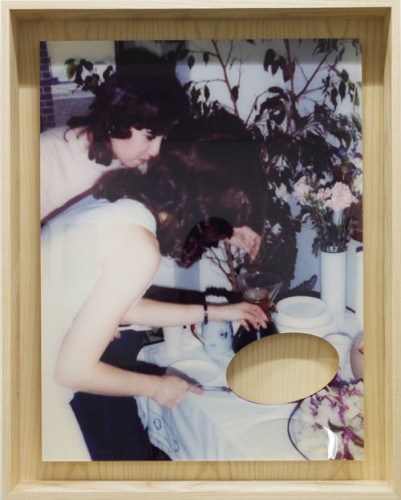 Iris and a Friend

Above two works from You may attend a party where strange customs prevail (2006). Memories of visual images. Courtesy of the artist.

The reason these photographs are ‘intriguing’ lies in the separation at the root of our mental makeup; this is why such photographs are endowed not only with the anonymity and randomness peculiar to found photographs but also with traits befitting this; they are slightly humorous failed photographs, photographs in which the photographer captured poorly[4] or failed to capture that which they originally saw or intended to photograph…

If this were solely the case, then our story would end here. Whether it be Kimura Yuki, Tacita Dean, Gabriel Orozco, or any other of the countless other artists who work with found photographs, aspects of surrealism can be detected in their basic approach, and there are usually common patterns to their chosen photographs, as a result of which they could probably be summed up as ‘the split subject and the objet petit a as gaze’ (in which case there would be no need for individual artworks). However, after being summed up, art makes chaos.

It is generally said of analog photographs that the subjective ‘memory’ is betrayed by the objective ‘record’, and that ‘forgetfulness’ supplements the ‘record’ of the photograph. However, this linear relationship of ‘memory’ – ‘forgetfulness’ – ‘record’ does not hold true in the case of the memory of visual images. An engine that enables us to search for certain images as visual images does not exist, nor can it probably ever exist. This is due to the unique character traits of the visual memory. By this I mean their posteriority.

Found photographs of the type chosen by the surrealists are certainly used in Kimura Yuki’s installation. However, these are the results of Kimura’s critical choice, and it should probably be said this is for the purpose of developing found photographs outside the structural outline of surrealism, or outside the dialectic of ‘the subject’ and ‘the real’. Her installation is a spatial interpretation concerning records and memory in the digital age, or in other words ‘une sorte de psychologie dans l’espace’ (Proust).

The face of a person (A) reminds us of the face of another person (B), but when we place the second person’s face next to the first, the resemblance disappears. A photograph (A) reminds us of another photograph (B), yet despite our best efforts we are unable to locate that photograph from our memory and the photograph we are sure is the one based on other information (the year it was taken, our memory of the layout of the album in which it appeared, etc.) bears not the slightest resemblance to the first photograph…. Such phenomena are usually dismissed as false memories, but they are in fact everyday cases of the posteriority of the visual memory. We were looking at image B, but our brain didn’t comprehend what we actually ‘saw’ within the image or what we remembered it as. Some time later we look at image A. There are parts that resonate inside our brain with A, and we recognize these as B. In other words, our brain remembered image B in this way (as a resonant with A). However, even if we look again at B, because we are looking at B again under different circumstances, it doesn’t resemble A at all, and a situation arises in which it seems not to even exist.

Memory of visual images becomes even more complicated when data other than the actual images strays into our memory of the images themselves and the two become inseparable. This is because despite thinking that what we remembered was the subject, what we in fact remembered was a particular composition or arrangement/distribution of colors, or we remembered physical traits other than those of the actual image (the format of the frame, the texture of the surface, its glossiness or silkiness, the color tones of color prints from a particular era, etc.). Posteriority dictates that what we remember of a particular image (including its physical qualities), or what is remembered in the visual archive that is our brain, is not clear until after it resonates with another image (see above), or in other words until later. Kimura Yuki’s installation, then, is a resonance box for the purposes of yielding various memories from an unfamiliar image archive in the form of a selection of found photographs.

Kimura’s found photographs are first drastically modified by converting them into digital images. They are then brought into the present by adding ‘shadow’ and other effects, as a result of which the noema (the ‘ça-a-été’) typically associated with analog photographs is removed. In this way, the vertical temporal axis of past – present, or in other words the nostalgia of memories, is done away with.[5] In addition, befitting the state of photography that currently exists across all manner of media due to digital technology, elements that give rise to mutual resonance are not confined to photographic images but extend across all media, including wood, glass, decorative plywood, and paintings. Memories as ‘developed’ posteriority are not past memories but rather polyphonic resonance between A and B (and C and D and…). Kimura’s installation is a resonance room for this purpose. Just as various filters are applied to isolate, repeat, and amplify particular frequencies when analyzing complex sounds, Kimura separates, copies, enlarges, and gracefully combines the various elements that make up her found photographs and lays out before us within the space visual memories in the form of posterior resonance.

L’obvie et l’obtus. Essais critiques III (The Obvious and the Obtuse. Critical Essays 3), pp.45, 49, 55. Seuil, 1982.
La Chambre claire: Note sur la photographie (Camera Lucida: Reflections on Photography), p. 4. Gallimard Seuil, 1980. The term ‘tuché’ was originally used by Jacques Lacan.
La Chambre claire, p. 49.
The critical moment was missed and the camera moved, the critical scene is bisected by the frame, what the photographer saw and what they shot are continually out of alignment due to the slight gap between the viewfinder and the lens, the autofocus adjusts to the scenery visible in the background between two heads, etc. (see Kimura Yuki’s Forgetting Range).
Kimura Yuki’s found photographs are limited to photographs of places or eras with which she has no connection whatsoever, the reason that she doesn’t use Japanese snap shots also being that she wants to exclude any sense of nostalgia that might automatically arise from Japanese photographs that stimulate her own memories.

A revised version of this text is due to appear in the catalog posteriority (Nakajima Hideki Design) to be published by Daiwa Press in mid-October. Enquiries: Daiwa Press 082-850-3668

This series will appear once a month.