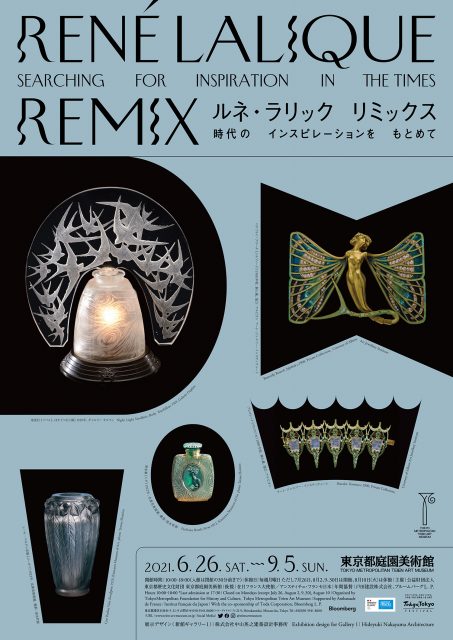 From the end of the 19th to the middle of the 20th century, René Lalique carved out a unique path as an artist. Transcending his nominal titles as jewelry maker and glass artisan, Lalique (1860-1945) drew on a bottomless well of inspiration throughout his life.

Lalique was born in the small village of Aÿ, located in France’s Champagne region, and his childhood familiarity with nature served as a rich source of inspiration.
Lalique honed his work while forging links with a wide range of artistic currents that emerged in France at the beginning of the 20th century. After cultivating his eye through careful observation of the natural world, Lalique was influenced by his experiences in England and Japanese art, revisited Greek and Roman mythology between World War I and II, developed a taste for the exotic, and explored new images of women among other things.

For example, the inspiration Lalique derived from ukiyo-e prints led him to create a pendent based on a photograph of a snowscape taken near his house in the suburbs of Paris, and a perfume bottle engraved with the visage of his late wife Alice, who had died in 1909, inside of a fern. Using his keenly observant eye and imaginative power to give new forms to exciting events in his surroundings and the wider world as well as his personal memories, Lalique made ornaments a familiar part of everyday life.

After switching from rare jewelry to glass works designed for a larger audience, Lalique showed the kind of relationship art and life could have in a rapidly changing society. This exhibition sheds light on how René Lalique, an artist with a focus on the acts of living and creating, viewed the world based on nature, and aspired to turn ornaments into an art.

With the co-sponsorship of: