[Hara X] — A series of events presented by the Hara Museum featuring various artists whose performance of music, dance or other types of expression will be streamed online from some place within the museum, each time according to the performer’s choice. Join us as they appear throughout the year 2020.

To kick off the series, we are happy to present singer/songwriter Tamaru Yamada who will be accompanied by Hiroyuki Mitsuhata on the guitar. Since her major debut in 2006, Tamaru has been active in a wide variety of areas that include television, commercials, theater and anime. With a voice that blends beautifully with her instrument, the acoustic guitar, she’s been writing her own songs since high school. Over the years, that voice has continued to display the same crystalline quality that speaks directly to the heart. We invite you to enjoy a live performance in the lush courtyard garden of the Hara Museum, a place where another beautiful memory is sure to be made. 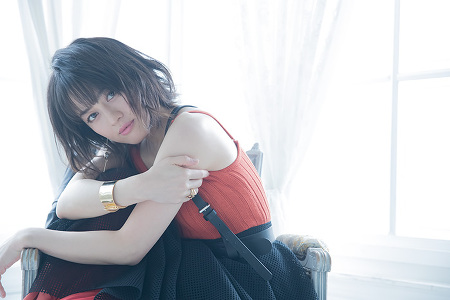 Tamaru Yamada Singer/Songwriter
Tamaru made her major debut in 2006 with the song My Brand New Eden for Shiseido’s “MAQuillAGE” commercial. Since then, she has worked on numerous productions for television, commercials, theater and anime. In 2018, she contributed the theme song to the anime series Full Metal Panic Invisible Victory that has enjoyed worldwide popularity, and released a collection of theme songs which became a widely acclaimed hit. In October of the same year, she released her first “Best of” album, and in December, the single Koi Wo Shinasai. In 2019, she was asked to produce the theme song Lâle for a special TV program about an exhibition of Turkish cultural treasures from the Ottoman Empire. In 2020, she plans to release the album VITA NUOVA which was produced by herself and features a trio consisting of Tamaru Yamada, Maiko Nakagaki and Akiko Akiyama.
https://www.tamaru-web.com/