Skip to content
WAKO WORKS OF ART(en) > REPORT: A Talk on Works by Yishay Garbasz 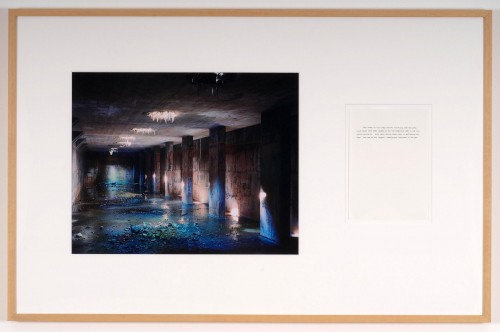 Naofumi Osaka, the translator of Yishay Garbasz’s “In My Mother’s
Footsteps”, gave a lecture at Shinpukuji Elementary School in Kawasaki on
the artist’s works.

There were 54 curious 5th graders, and thanks to their strong desire to
learn, the lecture was full of lively dialogue. 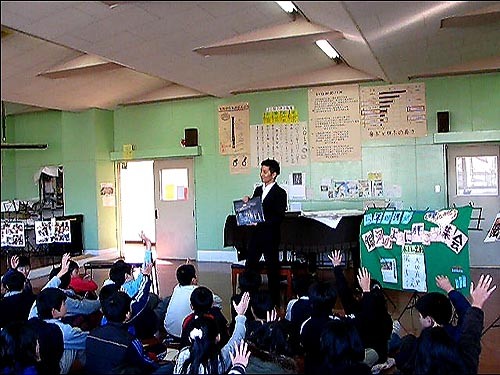 Yishay Garbasz was born in Israel in 1970, and studied photography at Bard College, New York. Her work delves with social themes such as families and human rights. For “In My Mother’s Footsteps,” she traveled to Berlin, Holland, Poland and the Czech Republic to retrace her mother Salla’s paths as described in her memoirs of surviving the Holocaust. Salla was born in 1929 in Berlin, and the age of 4, moved to the Netherlands with her family to escape the spread of National Socialism, only to be sent to a concentration camp in 1942. At the urging of her husband, who had also survived the Nazi persecution but in Poland, Salla wrote about her days until her release. She completed the book in 1995. Although she was unable to read the book for some time, Yishay Garbasz eventually embarked on this project of both historical and personal significance, in her attempt to fully understand her mother’s history and her own. Using a heavy, large-format camera which requires one to focus on the subject with the utmost attention, Garbasz works with her mother’s memory in order “to go back to collect [parts of her mother’s soul]” that have been left behind; the images, displayed in this show with respective texts, observe into the past through scars that are still present today.

Her solo shows were held at: