The Hiroshima prize honored the achievements of the writer who contributed peacefully of the human in a field of the contemporary art, and it was wide, and Hiroshima-shi founded “a heart of Hiroshima” to desire peace in world permanency for the purpose of appealing to the world through contemporary art in 1989.

The past seven sets of artists win this prize conferred once in three years, and Ono Yoko is decided to the eighth Hiroshima prize prize winner. 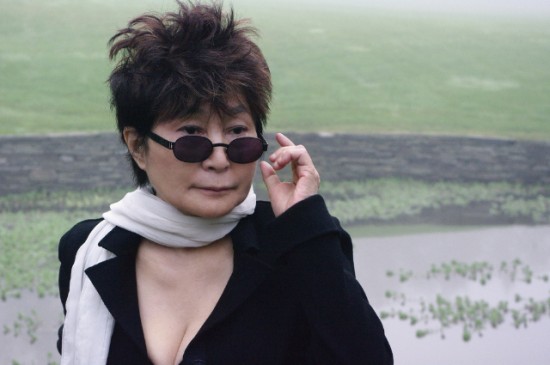 Let’s believe power of the wisdom of the human

Hiroshima and Nagasaki are one of the maximum tragedy which the human experienced in the history.
This tragedy is the thing which we human being created by oneself. That is why we have the wisdom to cut off the root.
I want to have all of you think about power of the wisdom together in here Hiroshima. It is the great power that can move a mountain only in the heart’s desire.

And I want to appeal to world people for it through my art work from Hiroshima. Let’s save the world by power of the wisdom. I love Thank you, all of you of Hiroshima.

●About an awarding decision reason about a writer about Hiroshima prize…
http://www.hcmca.cf.city.hiroshima.jp/web/main/hiroshima_art_prize.html