THE YEAR’S MOST MEMORABLE INTERVIEWS IN ART iT

Wolfgang Tillmans: The Space Between 0 and 1 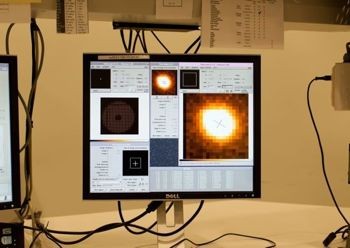 Wolfgang Tillmans – Guide Star, ESO (2012). © Wolfgang Tillmans,
courtesy the artist and Wako Works of Art, Tokyo.
ART iT caught up with the iconic German photographer while he was in Tokyo for a solo exhibition at Wako Works of Art (Jan 18-Mar 15). Tillmans’s return to Japan in 2015 is assured by an upcoming solo exhibition at the National Museum of Art, Osaka. Part 1 | 2

Lav Diaz – Norte, the End of History (2013). © Raymond Lee & Lav Diaz.
Known for his multi-hour features depicting contemporary life and politics in the Philippines through allegorical narratives, Lav Diaz came to Tokyo to screen his recent film, Norte, the End of History, as part of the 6th Yebisu International Festival for Art & Alternative Visions (Feb 7-23). Interview

Carlos Garaicoa: Cities and the Sky 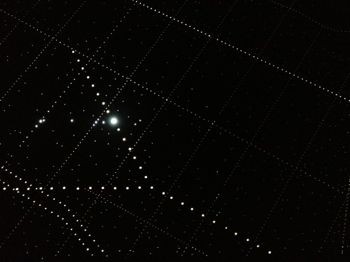 Carlos Garaicoa – On How the Earth Wishes to Resemble the Sky (II)
(2005). Installation view at the Museum of Contemporary Art, Tokyo.
Photo ART iT.
Originally from Cuba, Carlos Garaicoa was among the artists featured in “The Marvelous Real: Contemporary Spanish and Latin American Art from the MUSAC Collection” at the Museum of Contemporary Art, Tokyo (Feb 15-May 11). The interview touches upon Garaicoa’s relationship with his hometown, Havana – a topic worth revisiting in light of this December’s historic announcement of rapprochement between the US and Cuba. Interview 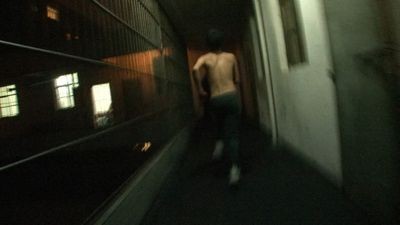 Wang Bing – Til madness do us part (2013). © Wang Bing and Y. Production.
Like Lav Diaz, Wang Bing was included in the excellent screening program of the 6th Yebisu International Festival for Art & Alternative Visions. ART iT learned more about the ideas driving the visionary documentary filmmaker and his unblinking investigations into contemporary Chinese society. Interview

Elizabeth Price: The Ballad of Echo and Narcissus 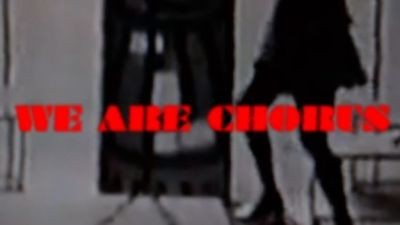 Elizabeth Price – THE WOOLWORTHS CHOIR OF 1979 (2012). Courtesy Elizabeth
Price and MOTINTERNATIONAL, London and Brussels.
Closed from 2006 to 2012 during restoration work on the iconic Tokyo Station Building, which dates to 1914, the Tokyo Station Gallery has reminded art lovers of its presence through a smart program that this year included “Private Utopia: Contemporary Art from the British Council Collection” (Jan 18-Mar 9). ART iT met with Elizabeth Price prior to her artist talk as part of the exhibition’s related programming. Interview 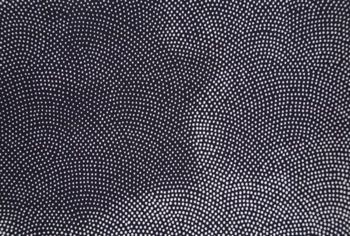 Melvin Moti – Cluster Illusion (detail) (2014). Courtesy Meyer Riegger,
Berlin and Karlsruhe. Photo Sugiyama Gosuke.
After spending time in Tokyo in 2013 on a residency with the independent organization Arts Initiative Tokyo, Dutch artist Melvin Moti returned for a solo exhibition as part of the Mori Art Museum’s MAM Projects series (May 31-Aug 31). Best known for his film installations, Moti upended expectations by unveiling new fabric works made in collaboration with expert kimono dyers. Later in the year, his film No Show (2004) made an appearance in the Yokohama Triennale 2014. Interview 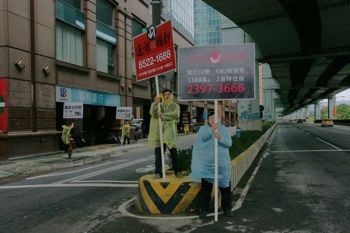 Tsai Ming-liang – Jiao You (Stray Dogs) (2013). ©2013 Homegreen
Films & JBA Production.
Currently dedicating himself to new avenues in visual art and performance, the Malaysian-born Taiwanese film legend Tsai Ming-liang swung by Tokyo in June to promote what is billed as his last feature film, Jiao You (Stray Dogs) (2013). ART iT met with him at the Theatre Image Forum in Shibuya to have a spirited discussion about the creative possibilities and limitations for cinema today. Interview

Michael Landy: Built with You in Mind 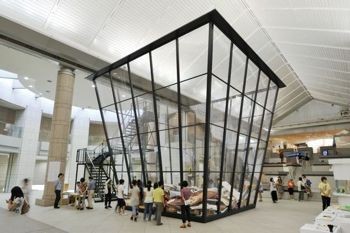 Michael Landy – Art Bin (2010/14), installation view at the Yokohama
Museum of Art. Photo Yuichiro Tanaka.
Installed in the middle of the Yokohama Museum of Art, the British artist Michael Landy’s massive Art Bin (2010/14) installation was the defining work of the Yokohama Triennale 2014 (Aug 1-Nov 3), which took as its theme “ART Fahrenheit 451: Sailing into the sea of oblivion.” ART iT met with Landy to discuss his practice through the lenses of destruction and of memory. Upon concluding the interview, Landy immediately went out to throw two of his own failed works into the bin. Interview 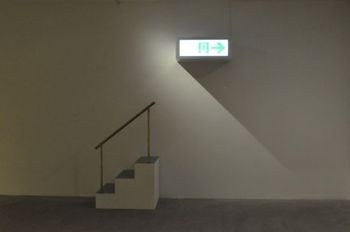 Leandro Erlich – Staircase (2014). ©Leandro Erlich Studio, courtesy Art
Front Gallery, Tokyo.
Having mounted a successful retrospective exhibition at the 21st Century Museum of Contemporary Art, Kanazawa (“The Ordinary,” May 3-Aug 31), the Argentinian artist Leandro Erlich dropped by Tokyo for a solo show at Art Front Gallery in Daikanyama (Sep 5-Oct 5). ART iT asked Erlich about the lines between play and politics in his works incorporating elements of sculpture, architecture and theatre. Interview 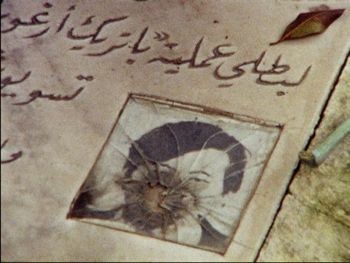 Eric Baudelaire – The Anabasis of May and Fusako Shigenobu, Masao
Adachi and 27 Years Without Images (2011). Courtesy Eric Baudelaire.
The American-born French multimedia artist Eric Baudelaire’s feature film The Ugly One (2013) was quietly one of the standout works at this year’s Yokohama Triennale 2014. Based on a screenplay by the radical Japanese filmmaker Masao Adachi, the film weaves together different strains of cinema, from documentary to melodrama to agit-prop, and jumps between the location of Beirut and other imaginative terrains. ART iT explored the development of Baudelaire’s work with film and cinema. Part 1 | 2