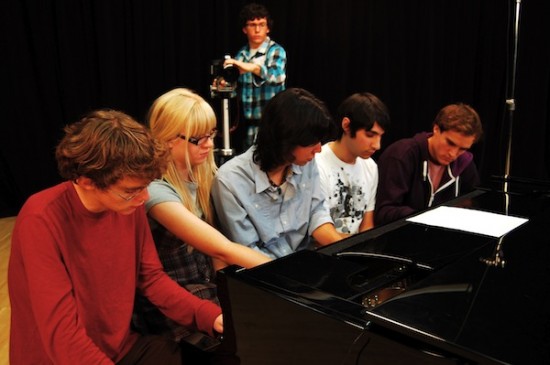 The media artist Koki Tanaka will represent Japan at the 2013 Venice Biennale, it was announced by the Japan Foundation on May 14. The commissioner of the Japan Pavilion is Mika Kuraya, a curator at the National Museum of Modern Art, Tokyo.

Kuraya’s proposal of a solo exhibition by Tanaka was selected from a group of five other candidates that included proposals for the likes of Tadashi Kawamata, On Kawara, Yoko Ono and Hiroshi Sugimoto. Kuraya and Tanaka plan to address the aftereffects of the March 2011 Tohoku Earthquake and Tsunami in a reconsideration of how Japan presents itself to the world. In doing so, they hope to use Tanaka’s video and installation works to question the possibilities for how we understand the experiences of others through our own viewpoints. They currently plan to organize a series of participatory “exercises” that will directly and indirectly deal with diverse aspects of the catastrophe. The exercises will then form the basis for a series of around 10 new video works. Examples include asking office workers to descend the emergency stairwells of a high-rise building en masse, as quietly as possible, and holding discussions with workers in the electric power industry about what jobs they might have taken had they not been chosen for their current employment.

The proposal builds upon recent projects by Tanaka such as A Haircut by 9 Hairdressers at Once (Second Attempt) (2010) and A Piano Played by Five Pianists at Once (First Attempt) (2012). Currently based in Los Angeles, Tanaka is considered to be one of Japan’s most interesting young artists, and has exhibited widely in Japan and overseas. He was included in the 2011 Yokohama Triennale, the 2008 Gwangju Biennale, and in the influential survey of Japanese art in the 2000s, “The Door into Summer: The Age of Micropop,” held at the Contemporary Art Gallery at Art Tower Mito in 2007. Since 2009, Tanaka has been a regular contributor to ART iT’s Japanese-language site, writing the epistolary column, Tanaka Koki Shitsumon suru (Tanaka Koki Questions).