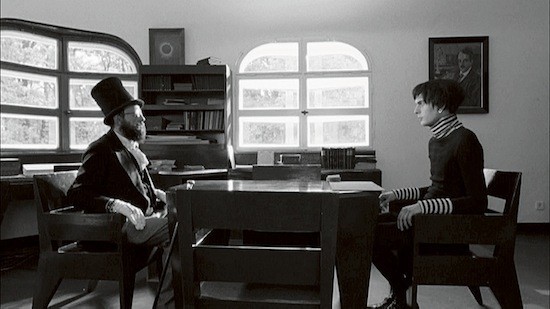 Established in 2009, the Yebisu International Festival for Art & Alternative Visions investigates the intersections between contemporary art and media practices. Also known as Yebizo, and hosted by the Metropolitan Museum of Photography (Syabi), the annual event has quietly developed into one of the more promising festivals in Japan, combining an international outlook with a pared-down, tightly-focused framework. Indeed, while large-scale art events like the Setouchi International Art Festival or the Echigo-Tsumari Art Triennial have trended towards employing only the vaguest of organizational concepts, the constraints of Yebizo’s 10-day exhibition run and compact venue have pushed it towards embracing a more articulated curatorial identity. In this context, the inaugural edition in 2009 featured historical insertions such as Andy Warhol’s “Screen Tests” and an installation by the Canadian group General Idea, while the second edition in 2010, addressing the theme “Searching for Songs,” looked at the use of music in media art, but also took that further to investigate how artists appropriate – cover or re-mix – their peers and predecessors.

This year’s third edition of Yebizo – entitled “Daydream Believer!!” – is again directed by Syabi curator Keiko Okamura, who has overseen the previous two editions as well. This year’s theme turns the daydream into a metaphor for the overlaps between fantasy and reality, revery and consciousness produced by images in the age of electronic media. Many of the works Okamura has chosen explore the fractalization of images, including Daniel Crooks’ cutting-edge slow-motion video of an elderly man practicing Tai chi in which the traces of movements swirl into surreal digital patterns, Static No. 12 (Seek Stillness in Movement) (2008), as well as Harold Eugene Edgerton’s pioneering stroboscopic photographs from 1936 capturing a bullet shattering a lightbulb and Chikara Matsumoto’s room-sized installation of frames and artifacts from the production of his in-progress feature-length hand-drawn animation That which illuminates the end, vol I & II (2010-11). In other cases works reproduce disparate, coexisting layers of reality, as in Javier Tellez’s Caligari and the Sleepwalker (2008), for which the artist worked with patients at a psychiatric hospital to reinterpret the 1920 film about delusional inmates in an insane asylum, or Cao Fei’s RMB City Opera (2010) in which footage shot in the virtual reality site SecondLife is incorporated as a back projection into a live performance. 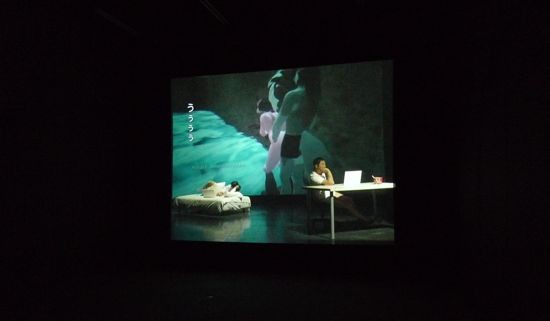 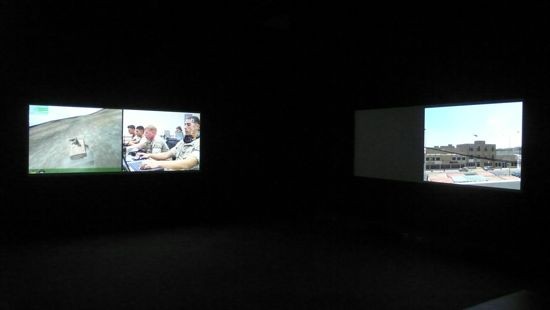 Perhaps Okamura’s greatest achievement this year is her polished exhibition design. From the exhibition’s start on the third floor of Syabi with Apichatpong Weerasethakul’s floating, single-channel projection of shadows and light playing together on a window pane, Windows (1999), to its conclusion in the basement level with Harun Farocki’s pair of two-channel synchronized projections incorporating video of US soldiers training with video-game style simulation technology, Serious Games 1: Watson’s Down (2009) and Serious Games 3: Immersion (2010), each work is given a generous amount of individuated display space, as opposed to being crammed side-to-side. This generosity transforms the boxy, awkwardly proportioned Syabi galleries into a series of encounters, inviting visitors to linger with each video – a number of which have significant run-times – and to contemplate works in more conventional, still media. This is a marked improvement over the two previous editions of Yebizo and a convincing argument for allowing a single curator to develop exhibitions in series, instead of the revolving-door approach typical to recent art festivals.

Yet at times the curation feels heavy-handed. Some works fit the theme – itself a superficial quotation – too literally or exactly, or the connections between groups of works develop too linearly in obvious terms of like and unlike. Even accounting for constraints of preparation time and usable space, one still wishes that Okamura could have allowed the exhibition to develop in a more meandering, digressive fashion. And while curators often justify their selections for international festivals by arguing that local audiences cannot be held to the expectations of art’s jet-set circles, a cavil with “Daydream Believer!!” is that too many of its works can be traced to recent exhibitions and art fairs, ranging from Cao Fei’s RMB City Opera originally produced for the 2009 Artissima to Daniel Crooks’ video last seen at the 2010 Biennale of Sydney and Harun Farocki’s video and Edgerton’s photographs from the 2010 Gwangju Biennale (the latter, to be fair, are drawn on this occasion from the Syabi collection). Increasingly common and particularly endemic to moving image media, this kind of curatorial outsourcing and redistribution undermines the unique opportunities that exhibition makers enjoy – in contrast with their audiences – to develop intimate, collaborative relationships with artists and bodies of work, and perhaps explains the patness of the exhibition theme.

Nevertheless as with the two previous editions of Yebizo, “Daydream Believer!!” is a heartening reminder in an age of grotesquely-funded projects (visions of grandeur stapled together with post-Lehman reality checks) of the potential to experiment with the right amount of resources.

Not addressed in this review is the screening program of “Daydream Believer!!” For more general information in English, see here; for further commentary in Japanese, here.