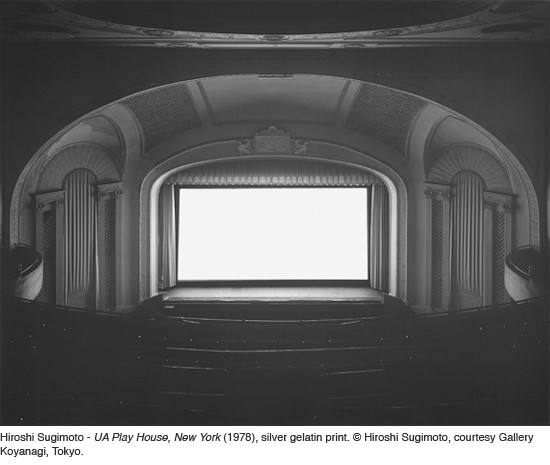 The concept of “dispositif” is best known as a key term in late Foucault that first appeared in his History of Sexuality, Volume 1 (1976) to replace the use of “discursive formation,” which for Foucault was restricted to the analysis of verbal performance. This substitution had to embrace non-linguistic, particularly visual and spatial arrangements, or in Foucault’s own terms, “the said as much as the unsaid.”

However, Foucault never properly defined his understanding of dispositif, and the term’s breadth and ambiguity explains the persistence of the question “What is a dispositif?” in contemporary theory. In 1988 and in 2006, respectively, Gilles Deleuze and Giorgio Agamben each addressed this term in essays both titled with that very question. Both philosophers agreed that the term refers to the heterogeneous mechanisms of “capturing” and “transforming” living beings into subjects in the process of which the “dimension of power” plays a crucial role. They also emphasized the plurality of these “mechanisms,” thus referring not to a singular dispositif, but to the “multilinear ensemble.”

Both Deleuze and Agamben preferred to remain in the haven of abstraction rather than going through the pains of a concrete analysis of the workings of such mechanisms. The only example given by Agamben (the alienating power of mobile phones) bears the pitfalls of technological determinism. In this case, dispositif becomes a kind of all-embracing network of oppressive “social machines” intermingled with technophobic fantasy – a kind of Matrix – which an individual is only able to evade. The term “ideology” is significantly absent from these exegeses.

What is less known is that the concept of “dispositif” first appeared in film theory and had a direct relation to questions of ideology, namely to those addressing bourgeois ideology. French philosopher Jean-Louis Baudry developed this concept in his two essays, “Ideological Effects of the Basic Cinematic Apparatus” (1970) and “The Apparatus: Metapsychological Approaches to the Impression of Reality in Cinema” (1975), which became hallmarks of so-called “apparatus theory.” This theory emerged as a political project of the period of revolutionary upheaval around 1968 that studies the intersection between ideology and the technology of cinema as social institution.

Baudry only briefly mentions the difference between two key terms: “basic apparatus,” referring to the equipment and operations necessary to the (re)production of films, a kind of cinematic “hardware”; and “dispositif,” a purely conceptual and immaterial arrangement that functions to position the subject as a point of view, understood as an effect of address or, more precisely, an effect of the particular form of address that Althusser defined as “interpellation.”

Since there is no equivalent for the French word dispositif in English, the term was literally lost in translation. It was replaced unsystematically by a variety of misleading substitutes (“apparatus,” “device,” “mechanism,” “arrangement” and even “situation”), leaving it to the precarious mercy of the translator to preserve the French original in brackets. Thus the crucial distinction between “apparatus” and “dispositif” was abolished in international film theory.

In his project “Theaters,” begun in the 1970s, Hiroshi Sugimoto photographed cinema halls during screenings at different American movie theaters. To produce these mesmerizing images of glowing empty screens – which often also illuminated the theaters’ excessive interior design and architecture – Sugimoto extended the exposure his photographs for the duration of the whole film. The superimposition of the two apparatuses (a cinematographic projector and a photographic camera) enabled the condensation of the whole film in one frame, which both contained and negated the cinematic flow of the imagery. This process foregrounded something like a “zero degree” of the cinematic: a primal scene or its transcendental conditions. Sugimoto not only captured that which is not accessible to everyday experience – in other words, an entire film condensed into one frame – but also, without realizing it, he revealed the point at which “apparatus” and “dispositif” are conflated into one concept. In fact it is Baudry himself who is partly responsible for this conflation because he devoted so much attention to the “dispositif of apparatus,” in order to elaborate the comparison of the screening hall with the “mise-en-scène of Plato’s cave” as a “prototypical set for all transcendence and the topological model of idealism.”

The opposition between idealism and materialism is crucial for understanding the peculiar difference between the notions of “dispositif” and “apparatus.” Ideology is produced by both, but experienced – as an “imaginary relation” – only through dispositif, which is an immaterial effect of the work of apparatus, but which can not be reduced to apparatus. Of course, a film screening involves certain forms of deception; it conceals its material origin. Similar to Plato’s cave, “dispositif of apparatus” forges an “impression of reality,” an impression that reality is unfolding by itself in front of our eyes. However, it is simplistic to believe that viewers are ever actually deceived. Viewers are more or less aware of the “transcendental” conditions of the cinematic, foregrounded in Sugimoto’s “Theaters,” even if they may eventually be “carried away” by the film they are watching or otherwise suspend the knowledge that they are in a movie theater.

“Dispositif of apparatus” is the most tangible of the dispositifs and by far does not exhaust its “multilinear ensemble.” To reduce the positioning performed by the cinematic dispositif to the physical position of the viewer is the same empiricist fallacy as to identify the subject with the chair he or she occupies. Ironically, “apparatus theory” was repudiated exactly on the grounds of its overlooking the presence of the “real” audience. However, instead of affirming the obvious – the presence of the “active” contemplating audience – film theory could question the subject’s immediate experience of self-possession.

Idealism, as it is famously stated, turns reality over from its feet to its head. One has to avoid reading this metaphor literally, although such a reading was suggested by Marx’s infamous comparison of ideology with the reversed image produced by the camera obscura. The reversal is not spatial but conceptual, and it is Althusser who made the most radical conclusions from this by insisting that the subject, who seems to be the source of action, is actually only an effect of action.

As a “topological model of idealism,” cinema is particularly elucidating with regard to this idealist mystification, because the cinematic dispositif both functions to position a subject as an arrangement of multiple points of view and to conceal or disavow its own operations.

Dispositif is “material” not because it is supported by the material “hardware” of apparatus, but because of its productive capacity. Dispositif produces that elastic, free-floating ideal point of view that constitutes the subject. This subject, a pure vision absolved from corporeal confines, is an ideal “body” for ideology.

In his essay “Upon Leaving the Movie Theater,” Roland Barthes suggested that instead of looking for ideology in film, we should consider ideology as a cinema of our society. Perhaps this is the contribution that “dispositif theory” can make to the understanding the workings of ideology.

Olga Bryukhovetska is an Associate Professor at the Cultural Studies Department of the National University of Kyiv-Mohyla Academy, Ukraine. In 2008 she co-founded with artist Sean Snyder the Visual Culture Research Center (Kyiv), an academic institution functioning as a platform for collaboration between scholars, artists and activists involved in performance and the study of critical theory and visual art. She is currently a curator of the program “Visual Dispositif / Social Dispositif,” which was launched at the Visual Culture Research Center in April 2010.