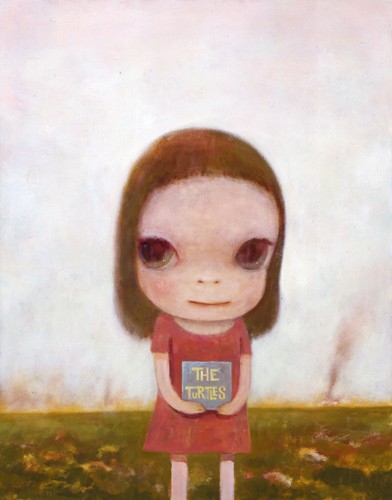 Since he started the Hara Museum in 1979 as one of Japan’s first museums dedicated to contemporary art, the director Toshio Hara has devoted himself to the promotion of international exchange and the advancement of art and culture through the holding of special exhibitions, international traveling shows and other activities. This permanent collection show, which stands out as the first to be curated by Toshio Hara himself, features works that he personally selected from the collection’s approximately 1,000 pieces of post-1950s art which spans the entire spectrum of media from painting, sculpture and photography to video art and installation. The first of this two-part exhibition focuses on artworks collected during the first decade or so of the collection’s history, from the late ’70s through the first half of the ’80s, while the second showcases works that have appeared in exhibitions held at the museum over the years. Together they provide an introduction to the museum over its almost 40-year history, as well as the major art trends that have prevailed from the middle of the 20th century onward.

■ Introduction by Toshio Hara
Director of the Hara Museum of Contemporary Art
“When I was 40, I got the idea of starting a museum of contemporary art and thus began to collect artworks. To the extent that I could, I visited artists in their ateliers and homes to get to know them and their work, even going abroad to do so. I thus built up the collection by not only looking at artwork, but also talking with the artists in order to understand the mind behind the creations. It’s an approach that I’ve continued to use to the present day. As a result, the collection is both the face of the museum and a record of my own journey of discovery in the world of art.
The sudden desire to share some of my favorite pieces from the collection led to the decision to personally curate this exhibition. It is, however, not easy to choose from more than a thousand works. For this reason, the exhibition at the Hara Museum will be divided into two parts, with Part I focusing on works collected during the period from 1977 when the Foundation Arc-en-Ciel was established, through the first half of the 1980s shortly following the opening of the museum, while Part II focuses on works added to the collection during the course of the museum’s activities.” 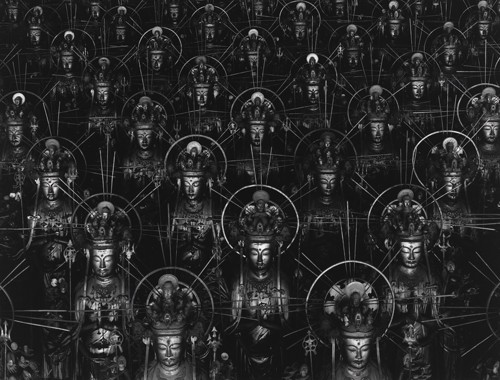 ■ Works Selected for the Exhibition
Part I showcases artworks acquired during the decade or so from 1977 when the Foundation Arc-en-Ciel was first established. These include works by major figures who came to define the art of their times, such as the abstract expressionists Jackson Pollock and Mark Rothko; the neo-dadaists Robert Rauschenberg and Jasper Johns; and Andy Warhol, Roy Lichtenstein and other figures of the Pop Art movement that came to dominate the art scene. Also included are members of the European avant-garde who infused their art with an experimental spirit, such as the painters Jean Dubuffet and Karel Apel, the sculptors Arman, César Baldaccini, Jean Tinguely and others. Leading figures of post-WWII Japan include Toshimitsu Imai, On Kawara, Tetsumi Kudo and Aiko Miyawaki. Japanese artists still active today include Yayoi Kusama, Ushio Shinohara, Hiroshi Sugimoto and Lee Ufan. Also featured are works by Nam June Paik and Ai Weiwei, two Asian artists who have exerted considerable influence throughout the world.
*List of Works [Part I] click here.

Part II focuses on artists from both Japan and abroad whose artworks were featured in solo or group exhibitions at the Hara Museum. This group encompasses all mediums and includes both artists with long established careers such as Nobuyoshi Araki, William Kentridge, Hiroshi Sugimoto and Yoshitomo Nara, and relative newcomers such as Masako Ando, Kohei Nawa, Mickalene Thomas and Izumi Kato. All are characterized by a unique style and original approach towards their medium and subject matter. 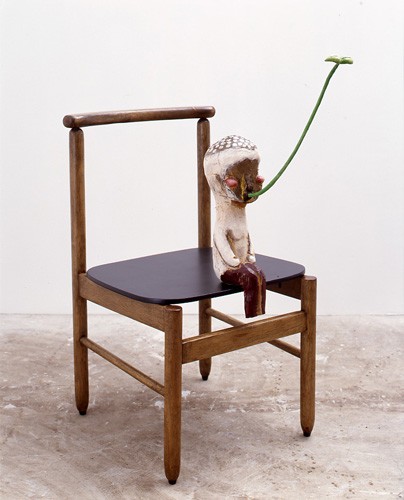 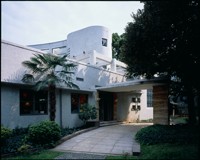 The Hara Museum of Contemporary Art was founded in 1979 under the auspices of the Foundation Arc-en-Ciel in the Shinagawa district of Tokyo as one of the first contemporary art museums in Japan. Since its inception, the museum has devoted itself to the promotion of a broad range of contemporary art. The building was constructed in 1938 as the private home of the Meiji-era industrialist Kunizo Hara, the grandfather of Toshio Hara. Designed by Jin Watanabe, who also did the Tokyo National Museum in Ueno and Wako Building in Ginza, the Hara Museum stands today as a rare example of early-Showa Western-style architecture built in the Modernist style. The museum holds three or four exhibitions annually, as well as a variety of lectures, performances and educational activities. In 1988, the annex Hara Museum ARC, designed by Arata Isozaki, was opened in Gunma prefecture not far from Ikaho Onsen, one of the oldest hot spring resorts in Japan. 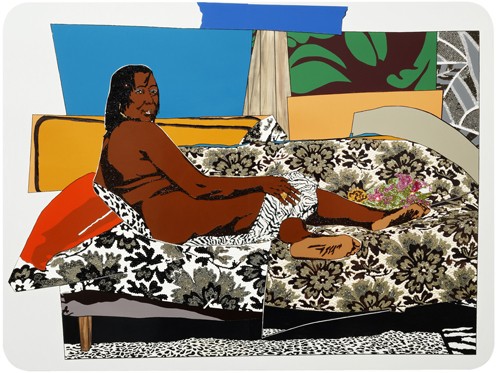 ■ Hara Museum Collection
The Hara Museum Collection encompasses a wide variety of superb contemporary art from around the world. The artists represented range from preeminent leaders of the post-1950 art movements to young, up-and-coming artists working at the front lines today. It is also distinguished by the many commissioned installations that permanently grace the Hara Museum and Hara Museum ARC, including those that integrate with or augment architectural spaces, or free-standing works that accentuate or embellish the outdoor gardens. 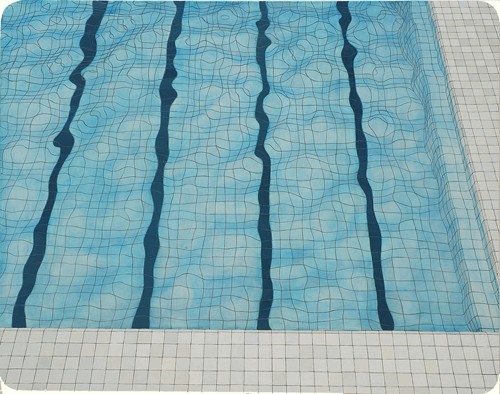 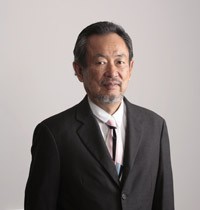 Born in Tokyo in 1935, Toshio Hara studied at Gakushuin University majoring in political economics and later at Princeton University. In 1979, he established the Hara Museum of Contemporary Art and became the director of the museum. In 1988, he opened the Hara Museum ARC annex in Gunma. He has served in various positions, such as vice-president of the International Council of the Museum of Modern Art, New York, emeritus trustee of the Honolulu Museum of Art and councilor of the Japanese Association of Museums. The many awards he has received include the French Medal of the Legion of Honor in 2017. He is the chairman of the Foundation Arc-en-Ciel, a designated special public interest promotion corporation.

■ Exhibition Details
Title: My Favorites: Toshio Hara Selects from the Permanent Collection
Dates: January 6 (Saturday) – June 3 (Sunday), 2018 [Part I: January 6 (Saturday) – March 11 (Sunday) / Part II: March 21 (Wednesday/national holiday) – June 3 (Sunday)] *Closed from March 12 (Monday) to March 20 (Tuesday) for changing of exhibits.
Venue/Organizer: Hara Museum of Contemporary Art
4-7-25 Kitashinagawa, Shinagawa-ku, Tokyo 140-0001 Tel: 03-3445-0651
E-mail: info@haramuseum.or.jp Website: http://www.haramuseum.or.jp
Mobile site: http://mobile.haramuseum.or.jp Blog: https://www.art-it.asia/en/u/HaraMuseum_e
Twitter: http://twitter.com/haramuseum (in Japanese only / account name: @haramuseum)
Hours: 11:00 am – 5:00 pm, Wednesdays until 8:00 pm (5:00 pm if a national holiday)(last entry 30 minutes before closing)
Closed: Mondays (except January 8, February 12 and April 30), January 9, February 13, March 12 ~ 20 and May 1
Admission: General 1,100 yen; Students 700 yen (high school and university) or 500 yen (elementary and junior high); Free for Hara Museum members, and for students through high school every Saturday during the school term; 100 yen discount per person for groups of 20 or more
Directions to the museum: 5 minutes by taxi or 15 minutes on foot from JR Shinagawa Station (Takanawa exit); or from the same station take the No.96 bus, get off at the first stop (Gotenyama), and walk 3 minutes
Guided tours: Free Japanese-language tours are given by a museum curator every Sunday and national holiday, starting at 2:30 pm and lasting about 30 minutes. No reservation is required. Free mini-tours in English are also available upon request.