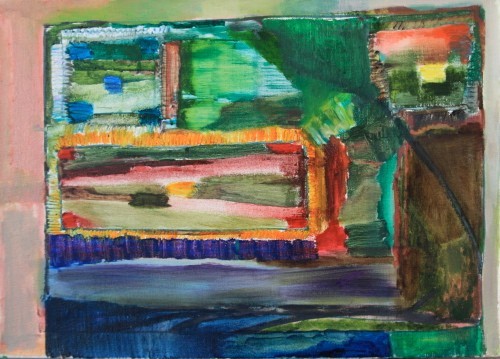 Varda Caivano at the Tomio Koyama Gallery Kyoto; William Kentridge at the National Museum of Modern Art, Kyoto; the photographs of Shibata Toshio; Kimura Yuki at the Taka Ishii Gallery; and the newcomer at Take Ninagawa, Matsumura Yuuki. The phenomenon seen in all of these examples in common is collage. Although the period from 1907 to 1916 is commonly referred to as Picasso’s cubist period, it seems that artists from different places and different generations have produced a body of work that either consciously or unconsciously takes this period – the period of cubism, the period of Schönberg’s ‘free atonality’, the period in which the ethics of ‘straight photography’ were formulated – as a reference point, almost as if it had been prearranged. Of all the work categorized as belonging to the recently often cited trend known as alternative modernism, in which the history of contemporary art is pluralized, or in other words the trend to extend into the present and develop the latent potential of those tendencies from the art of the past that could have been but remained undeveloped, this body of work, which almost amounts to a regression to the infancy of modernism (100 years ago!), is probably the cream of the crop that has escaped the worthless academism of art historians, which is little more than an exercise in tongue-wagging, despite which questions have been raised as to whether it is in fact an anachronism, or little more than the studying of the past to learn new things. So what does this seemingly coordinated simultaneous resurgence of collage in the 2000s signify? 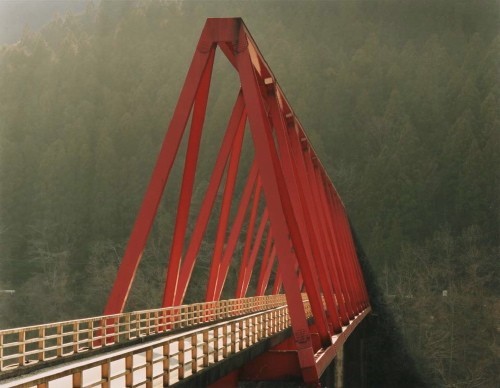 “The main problem at this juncture became to keep the ‘inside’ of the picture – its content – from fusing with the ‘outside’ – its literal surface. Depicted flatness – that is, the facet-planes – had to be kept separate enough from literal flatness to permit a minimal illusion of three-dimensional space to survive between the two. […] The process of flattening seemed inexorable, and it became necessary to emphasize the surface still further in order to prevent it from fusing with the illusion. It was for this reason, and no other that I can see, that in September 1912, Braque took the radical and revolutionary step of pasting actual pieces of imitation-woodgrain wallpaper to a drawing on paper, instead of trying to simulate its texture in paint.”

The above is an excerpt from Clement Greenberg’s 1958 essay “Collage”(1). Previously when I read this famous passage I failed to appreciate its acuteness. Rather, I suspected that drawing attention to the literal physical flatness of a work by attaching actual pieces of paper to its surface actually served to cancel out any pictorial illusion, that the idea that the illusion would be emphasized by attaching such pieces of paper was rather far-fetched, or in other words that it was unreasonable to compel the eye to ‘absorb’ itself in the surface to this degree. The same essay contains the following passage:

“Because of the size of the areas it covers, the pasted paper establishes undepicted flatness bodily, as more than an indication or sign. Literal flatness now tends to assert itself as the main event of the picture, and the device boomerangs: the illusion of depth is rendered even more precarious than before. Instead of isolating the literal flatness by specifying and circumscribing it, the pasted paper or cloth releases and spreads it, and the artist seems to have nothing left but this undepicted flatness with which to finish as well as start his picture. The actual surface becomes both ground and background, and it turns out – suddenly and paradoxically – that the only place left for a three-dimensional illusion is in front of, upon, the surface. In their very first collages, Braque and Picasso draw or paint over and on the affixed paper or cloth, so that certain of the principal features of their subjects as depicted seem to thrust out into real, bas-relief space – or to be about to do so – while the rest of the subject remains imbedded in, or flat upon, the surface. And the surface is driven back, in its very surfaceness, only by this contrast.”(2) 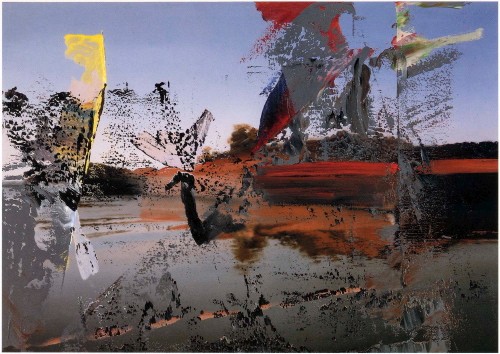 The ‘it’ in the passage ‘the pasted paper or cloth releases and spreads it’ refers to ‘the literal flatness’, and so ‘this undepicted flatness’ is the released and spread-out literal flatness. But I had no idea if this meant the flatness was in front of or upon the surface.

Later, with the help of the work of Gerhard Richter, I eventually understood what Greenberg meant by ‘undepicted flatness’. To ‘collage’ pieces of paper onto a surface, to ‘collage’ letters onto a landscape photograph, to ‘collage’ rough lumps of paint onto a landscape painting. Upon which, between the letters and the landscape, between the paint and the landscape, an ‘undepicted flatness’ (= a nonmaterial, transparent surface) appears. The result was not an illusion of three-dimensional space, but the pure abstraction of the base surface supporting the illusion itself. Greenberg’s ‘mirage’ was the same as Richter’s ‘Schein’.

Richter continues to pursue this purely visual surface, in which ‘the painting finishes as just that’, as a form of lifeless readymade media. However, collage continued to develop and eventually passed him by. Collage is not simply the accumulation of pieces of paper or objects on top of a piece of backing paper or other surface, but the rearrangement of hybrid elements detached from their original meaning system into a new meaning system. Because a system of meaning is a system of difference, when a new meaning system arises as a result of collage, a totality is always necessary in order to complete a differential system (a posterior frame). When the production of a transparent base surface and the production of a signifier system in the form of a meaningful plane are combined in collage, the limitations of its two-dimensionality are removed, and it is able to cross dimensions as a system of mutual relationships between differentiated parts. This is the emergence of so-called ‘new sculpture’. That this new sculpture (= construction) is pictorial is not necessarily due to the fact that its ‘parts’ trace geometrical figures or straight lines or curves, nor to the fact that the emphasis is placed on the surface rather than the mass, but because they form a system of difference, or in other words because the transparent base surface (= the plane of the meaning system) is visible, albeit as a ‘mirage’. 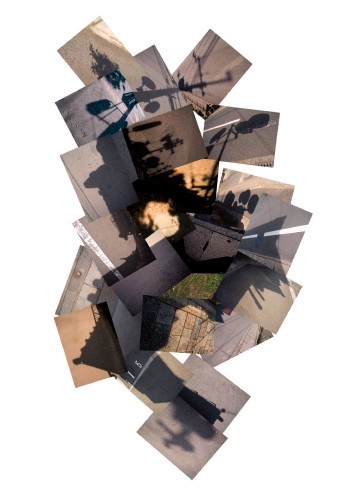 In short, pieces of paper and objects are not words, and even if we describe them as a system of difference, ultimately they are nothing more than a metaphor for a linguistic system. In the final analysis, the flatness of meaning produced by collage is nothing more than a vague premonition (= a mirage). Collage remains at the level of severing traditional systems and hinting at the appearance of a separate system based on a combination of hybrid elements, or in other words it is not complete. The freedom of collage lies in what could be described as the ambiguity of the space between dimensions. 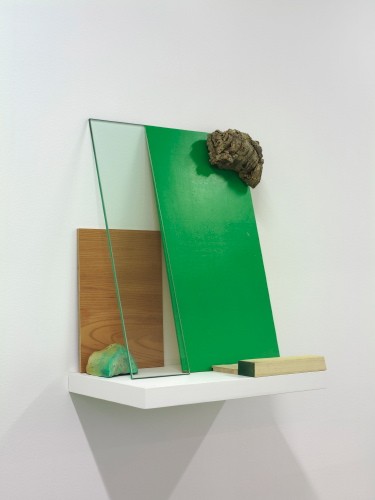 Collage in the 2000s is in the process of breaking away from the ‘nonmaterial transparent base surface’ – the visual system known as ‘layers’ – that collage gave rise to 100 years ago, although it still shares an awareness of posterior frames (the outlines of shadows in Matsumura’s work, the awareness of angles in Kimura’s work, and the frame shapes that frequently appear in Caivano’s work), an ambiguity that crosses dimensions (the crossover between two and three dimensions, moving images and still images, time and space in Kentridge’s video work), and an essential incompleteness. In contrast to the postmodern appropriation of the 1980s in which fragments of established history were set forth as simulacra and which was confined to a system that confirmed only a single history, collage in the 2000s is full of an unbridled freedom that references history in a way that is discontinuous yet substantial.