The National Museum of Modern Art, Tokyo (MOMAT) is pleased to present an exhibition 100 Years of Mingei: The Folk Crafts Movement, from October 26th, 2021 until February 13th, 2022. 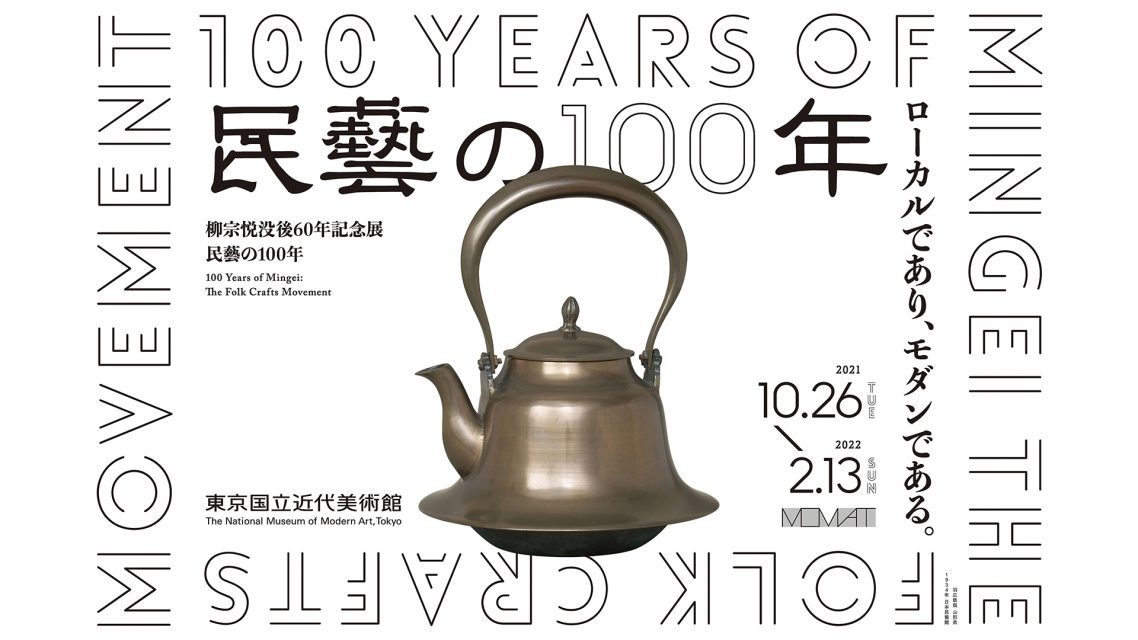 Why is Mingei, the Folk Crafts Movement that originated in the early 20th century, the focus of so much attention nowadays? Is it because people are concerned with design for more fulfilling lifestyles? Or because of interest in the local color and handcrafting traditions that endure in various regions of Japan? Whatever the reason, the new aesthetic vision conceived by Yanagi Muneyoshi (Soetsu), Hamada Shoji and Kawai Kanjiro nearly a hundred years ago remarkably continues to inspire people today.

The term “Mingei” was coined in late December 1925, and almost a century (96 years, to be exact) has passed since the conceptual seeds of Mingei were sown. This exhibition, 60 years after the death of founder Yanagi Muneyoshi, will show Mingei’s endeavors, which evolved over the years, in a new light while offering a comprehensive picture of the movement.

This exhibition showcases an array of functional utensils, including ceramics, textiles, woodwork, straw garments, baskets, and colanders, and folk paintings such as Otsu-e, collected by Yanagi and others, as well as publications, photographs, and films from the time, illuminating Mingei and its internal and external social, historical, and economic context through more than 400 works and materials.

Of particular note are Mingei’s modern approach to the processes of “editing,” primarily in the three fields of museum administration, publishing, and distribution, and the movement’s local networks that linked people, goods, and information in various regions and promoted collaboration. The Mingei project expanded beyond the collection of aesthetically pleasing objects to the creation of systems including the production and distribution of newly made folk crafts, addressing social issues such as improvement of standards of living in rural areas, new ideas for food, clothing, and shelter, and preservation of scenery. Today, when the end of the “modern” era has already become old news, what does a sustainable society and lifestyle look like? With this exhibition we re-examine the potential of the Folk Crafts Movement, which identified already existing local resources and reorganized relationships among people, goods, and information, from the perspective of a museum of modern art.