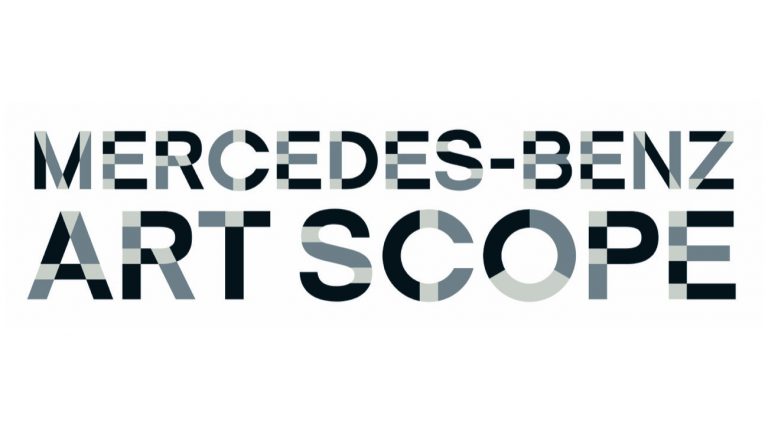 A reservation is required to visit the museum.
Booking starting dates will be annouced on the museum website at a later date.

The Hara Museum of Contemporary Art is delighted to present Mercedes-Benz Art Scope 2018-2020. Since 2003, the Hara Museum has partnered with Mercedes-Benz Japan in the Art Scope artist-in-residence program which invites young artists from Japan and Germany to live in and draw inspiration from a different cultural environment. In 2018, the Japanese artist Tsuyoshi Hisakado was sent to Berlin for the 2018-2020 program and from Germany, the Cypriot artist Haris Epaminonda was sent to Tokyo in 2019. These two, as well as a previous Art Scope participant, Meiro Koizumi (Berlin, 2010), come together in this exhibition to present their latest creations, produced under the challenging constraints, both social and physical, of the current health crisis facing humanity.

Highlights
Tsuyoshi Hisakado has been drawing increasing attention for installations that incorporate samples collected of everyday phenomena, memories retained by particular locations and historical events and transformed into fragments of sound, light, and sculpture. Last year, his collaborative work with Apichatpong Weerasethakul debuted at the 58th Venice Biennale. The same year saw the staging of his first theater work Practice of Spiral. In March 2020, Practice of Spiral, his first large-scale solo exhibition in Japan, opened at the Toyota Municipal Museum of Art. For this exhibition, Hisakado, in his usual fashion of engaging in a dialog with a given space to find inspiration, has created an installation in the museum’s Gallery II that takes advantage of its unique configuration − a gentle arc that seems to enclose the outer garden. Within the gallery space Illuminated only by natural light, the artist uses glowing colors and sound to engage and rarify the senses.

Haris Epaminonda uses the technique of collage in her film/video works and installations. She became a focus of international attention at the 58th Venice Biennale last year when she was given the Silver Lion for a Promising Young Participant. As a long admirer of Japanese culture that began with an interest in the Japanese film director Yasujiro Ozu, Epaminonda, on her maiden visit to Japan to take up her residency last summer, chose to reside in both Tokyo and Kyoto. In this exhibition, she has collaborated with the German artist Daniel Gustav Cramer in a work entitled Untitled #01 b/l which takes as its theme the music of Hiroshi Yoshimura, an artist closely associated with the Hara Museum in the past. She also presents a video work Japan Diaries that she made on Super 8 film during her stay in Japan and digitized for this exhibition.

Meiro Koizumi is known for works that use theatrical techniques to highlight the relationship between humans and humans, between humans and society, and between words and the body. In recent years, he has also been creating artwork that uses VR (virtual reality) technology. At the Aichi Triennale last year, Koizumi made a big splash with the premier of Prometheus Bound, his first theater piece using VR technology. In this exhibition, he is presenting Anti-Dream #1 (Room with a Sculpture), a sound sculpture that requires visitors to listen to sounds while moving between two gallery spaces, and Anti-Dream #2 (Statues for the Celebration) for which visitors download and listen to an audio file while in the city.

Participating Artists
Tsuyoshi Hisakado
Born in 1981 and lives in Kyoto, Hisakado received an M.F.A. in sculpture at Kyoto City University of Arts in 2007. His major exhibitions in recent years include Aichi Triennale 2016, Culture City of East Asia 2017 Kyoto: Asia Corridor Contemporary Art Exhibition, MAM Project 025 (Mori Art Museum, Tokyo, 2018) and the 58th Venice Biennale International Exhibition May You Live in Interesting Times. In 2016, he created the stage design for chelfitsch’s Time’s Journey Through a Room which was performed worldwide. In 2019, his debut theater work Practice of Spiral was staged at ROHM Theatre Kyoto as part of the Kyoto Experiment: Kyoto International Performing Arts Festival. Hisakado’s first large-scale solo exhibition in Japan Practice of Spiral opened at the Toyota Municipal Museum of Art in March 2020.

Haris Epaminonda
Born in Nicosia, Cyprus in 1980 and lives in Berlin, Epaminonda studied at the Royal College of Art and Kingston University in England. In 2013, she was one of four artists shortlisted for Germany’s preeminent art prize, the Preis der Nationalgalerie. She represented Cyprus at the 52nd Venice Biennale in 2007 Old earth, no more lies, I’ve seen you … and the 58th Venice Biennale May You Live in Interesting Times where she won the Silver Lion for a Promising Young Participant. She has also contributed to many other international exhibitions such as the Berlin Biennale (2008) and dOCUMENTA 13 (2012) in Kassel, Germany. In Japan, she participated in the group exhibition The Kaleidoscopic Eye: Thyssen-Bornemisza Art Contemporary Collection at the Mori Art Museum in 2009.