Espace Louis Vuitton Tokyo is pleased to welcome New York-based and internationally acclaimed Japanese Artist Mariko Mori for its eighth exhibition, “Infinite Renew”. With “the infinite renewal of energy” as its theme, Mori redefines and inhabits the gallery’s high-ceiling and glazed space through eight pieces, out of which seven have been newly created for the show and three supported by Espace Louis Vuitton Tokyo. 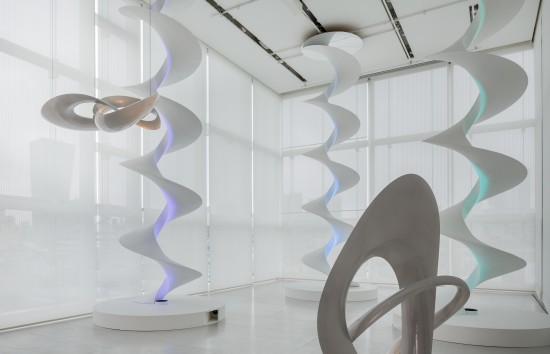 What jumps to the eyes when stepping inside the exhibition space is a series of three high tech spirals, “Infinite Energy.” The light symbolizes energy, and it is drawn into the mirror attached on the ceilings. It looks as though the spirals are stretched infinitively to the sky. It is an endless renewal of invisible energy, a regenerating force for life. Considering 96% of our universe is invisible energy, our beings are also most likely comprised of this invisible energy. Thus, Mori’s aim was to visualise some invisible energy through this sculpture. Through a real time monitoring (camera + LED), the sculpture diffuses different colours accounting for the number of people in its proximity. 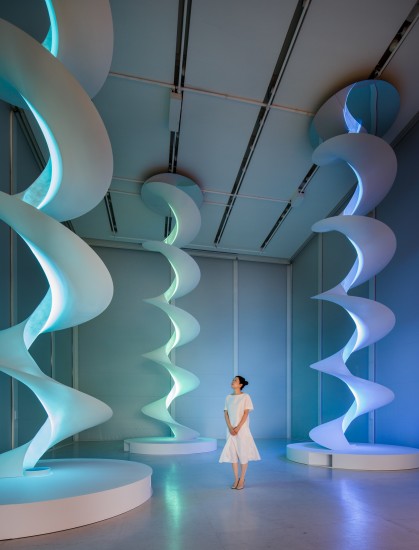 The sculpture series of “Renew” (“Renew I”, “Renew II”) and “Butterfly” follow the möbius form and reflect the common faith of the existence from the primal particles to the multi-universe, the never-ending circulation of the life and death. As every existence renews its life, there is no beginning or the end. The Möbius form symbolizes the life cycle. Life and death repeats and continues like the infinite loop of Möbius band. “Butterfly” is a model of the stage set for the opera, Madame Butterfly, Teatro La Fenice as a special project of La Biennale di Venezia this year. In despair over unrequited love, Madame Butterfly decides to take her own life. This sculpture, though, alludes not to her physical death, but to the fate of her spirit that will come to life once again. 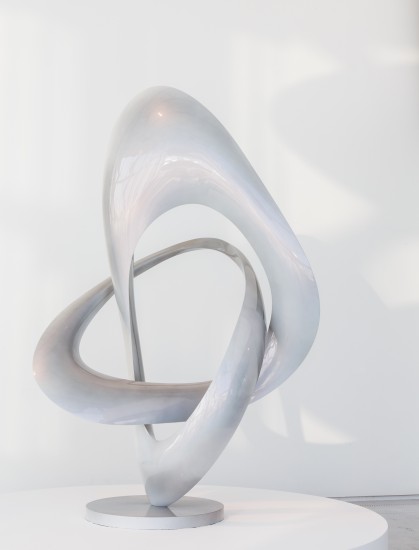 The sculpture “Birds II” and the animation movie “Ālaya” link to the artist’s personal experiences as well as the other body of works on display as they express something deemed invisible. The newly-produced “Ālaya” animation movie will also be shown in Mariko’s solo exhibition “Rebirth: Recent Works by Mariko Mori” at Japan Society Gallery in New York. Visible at all times on the ground floor of Omotesando store, the movie will be projected for a limited period (from October 7th to 13th) onto the façade of the gallery in New York, giving us additional clues about her way of thinking which has been further developed through her experiences in Japan and in the United States. 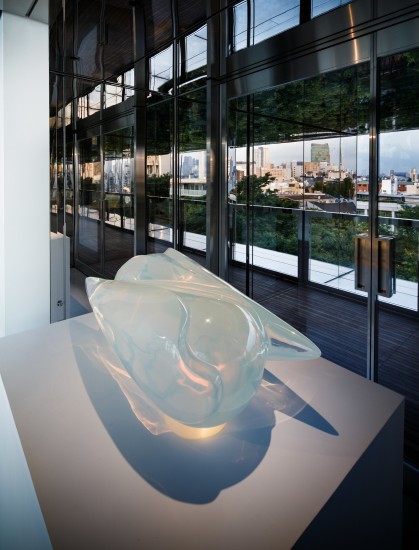 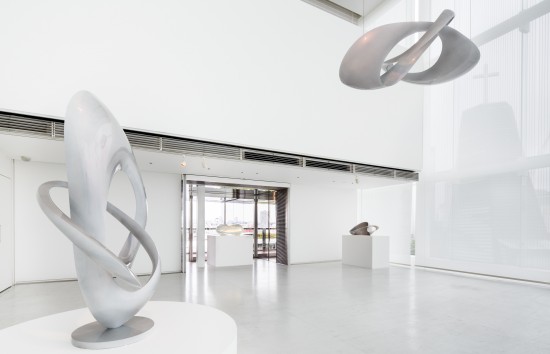 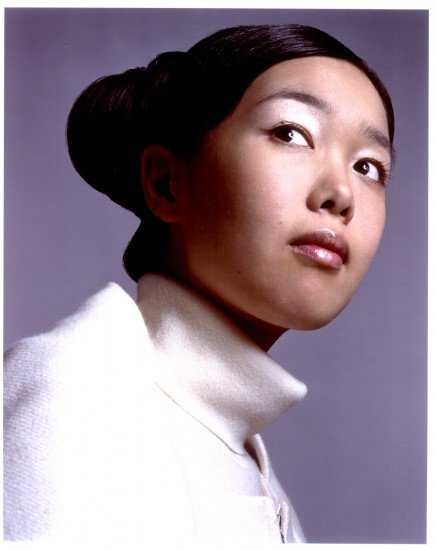 Mariko Mori is an internationally acclaimed artist whose work has been acquired by museums and private collectors worldwide. Mori gained recognition for her interactive installation “WAVE UFO”, which included in the 2005 Venice Biennale. It was also featured in “Oneness”, a survey of Mori’s work that opened at the Groninger Museum, the Netherlands, then traveled to the Aros Aarhus Kunstmuseum, Denmark, the Pinchuk Art Centre Ukraine, and the Centro Cultural Banco do Brasil, in Brasília, Rio de Janeiro and São Paulo, Brazil. Mori’s monumental installations have been exhibited throughout the world, including Royal Academy of Arts, London; Centre Georges Pompidou, Paris; the Prada Foundation, Milan; The Brooklyn Museum of Art, New York; The Museum of Contemporary Art, Chicago, The Serpentine Gallery, London; The Los Angeles County Museum of Art. Mori has received various awards including the prestigious Menzioni d’Onore at the 47th Venice Biennale in 1997 and the 8th Annual Award as a promising Artist and Scholar in the Field of Contemporary Japanese Art in 2001 from Japan Cultural Arts Foundation.